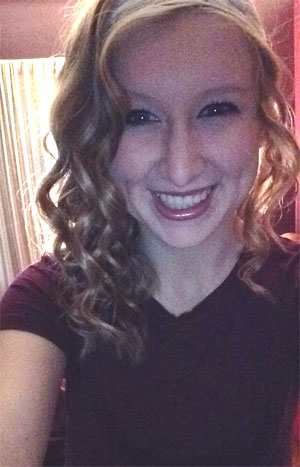 My name is Taylor and I’m a 19 year old female. I’m a forestry major that has a huge passion for the environment and outdoors!

I enjoy many outdoor activities such as hiking, rafting, backpacking, and playing soccer. I’m from northern Illinois out in the middle of nowhere. I also am half Mexican but have probably the palest skin, bluest eyes, and blondest hair.

Rectal bleeding, stomach convulsions, diarrhea usually with blood, and extreme muscle and joint pain. Sometimes there’s other stuff but it comes and goes.

My name is Taylor and I was diagnosed with ulcerative colitis and Lymphocytic Colitis in November of 2014.

Though I’m newly diagnosed I had these symptoms growing up. Any time I went out to eat for the longest time that I can remember I literally could not leave the restaurant with out having to go to the bathroom. In August I had a sinus infection and was continuously sick until one day my doctor asked me if I was having abdominal pain. I said yes and it hurt whenever she would put pressure on it so they thought I had appendicitis. I was throwing up from the pain also. So my mom picked me up from college and drove me home for the 2 1/2 hour drive to the emergency room. I got a ct scan and my appendix was fine and they gave me some medicine and sent me away.

This was the 11th antibiotic that I was put on in 3 months.

I went back to school a week later and ended up in the hospital again a few days after arriving. The doctor the refered me to a gastroenter ologist. I saw the doctor and then two weeks later I got a full colonoscopy and endoscopy done. When my results were revealed they found 15 ulcers lining my large intestine and determined that I had UC. When the biopsy came back they told me that I also had lymphocytic colitis. So my doctor then put me on Uceris for 8 weeks which has caused me nothing but problems with side effects and such. The only positive thing is that’s happened is that I’m blemish free. Currently I have a 102 fever with the right side of my body tingly from the medicine but I go back to the doctor on January 26th to plan for my next colonoscopy. My doctor said I most likely am going to have to have surgery done to remove the larger ulcers. Since then I have come home to community college for the semester, and had to stop being a college soccer player since stress from running can make my ulcers worse.

Both my grandparents on both sides of my parents have medical issues. My moms dad, mom, and uncle all have Crohn’s disease, my dads parents have colitis.

When I went to college in the fall for my sophomore year I weighed 148 pounds and I currently weigh 124 from dramatic weight loss.

My name is Taylor and I’m a 19 year old female. I’m a forestry major that has a huge passion for the environment and outdoors!

4 thoughts on “Trying to Win”