Starting SCD While in Remission? Any Advice? 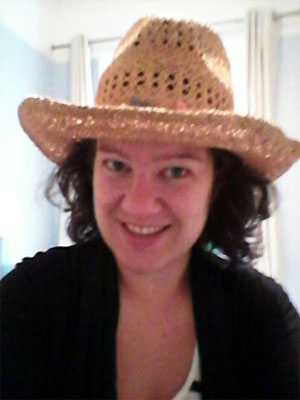 I was diagnosed with UC in 2009. Had one moderate flare-up a year later which was controlled by prednisolone. Symptoms then went into remission but I then had a terrible flare which started in August 2013. That month I had some horrible “accidents” away from home and ended in hospital 3 months later. IV steroids failed. The inflammation was so bad that I was going to the loo 20 times a day, crying from the pain of straining. My saviour was Infliximab. 3 infusions of this eventually led to my first proper poo in almost 4 months! I came off the prednisolone gradually and then developed terrible myalgia (severe muscle aches that made me feel 100 years old!) Started on Mercaptopurine in March 2014. Horrible side effects like nausea, food tasting very strange and continued fatigue, but I persevered and as my dose was tweeked, things got better. My symptoms are now completely in remission and I feel well enough to look for a new job.

I’m a cup half-full kind of person and always try and look on the bright side of life. During my recovery time I trained for and completed a 26 mile walk through the night to raise money for Cancer Research UK. It was tough but my stubborn streak got me through! I love swimming and go regularly. I also love cooking and baking, particularly for family and friends. My family would probably describe me as a “feeder” as I strive to be a generous host whenever they visit! I worked in the Wine Industry for a long time and wine is therefore another passion of mine. But I also love watching any TV relating to property! Perhaps my next job will be as an Estate Agent, who knows!

I am currently symptom-free thanks to powerful Chemotherapy drugs. I am always grateful to have a normal poo and will never take that for granted.

Starting SCD While in Remission?

UC has changed my life significantly. When you’re going through a bad flare and just about to crap yourself because you can’t get to a toilet, it makes you feel like a baby that has no control over it’s bodily functions! The shame of having an accident is just horrible, plus having to explain to colleagues that may not understand why you have to go to the toilet so much is really embarrassing. I have both a loving partner and fantastic supportive family and friends, so I feel very lucky that I can be open about my symptoms and feelings with them.

My partner and I have been trying to conceive for the last 2 years and have recently discovered that my last flare could have caused the scar damage found in my fallopian tubes. That was very distressing but IVF may be an option, so I’m not giving up hope just yet. I know that I have to stay on drugs to help me stay healthy during a pregnancy but I would rather be drug-free to be honest. I’ve been doing lots of research recently about the SCD after reading BTVC

. I was recommended this diet by a fellow UC sufferer who was on the same meds as me, but they eventually stopped working. He has been on the diet for 2 years and is now symptom and drug free. I would love to try this diet but wonder if I will feel any benefit, given that I am well at the moment.

Can I ask if anyone out there has tried the diet whilst they’ve been in remission and therefore when will I know if it’s safe to reduce my meds?

Ironically, I need to lose weight and I have never suffered any of the weight-loss symptoms that seem to be so common among fellow UC’ers! I put weight on while on prednisolone and therefore I feel that if I try this diet, it will benefit both my intestinal health and my weight!

Despite the terrible 18 months I’ve just had, I’m thankful that (at the moment) I can leave the house without having to take a change of underwear! I’m very mindful of that and will enjoy every worry-free journey while it lasts!

Pentasa-varying doses from 2009 to present.
Pentasa suppositories- helped during mild flares.
Prednisolone both oral and IV- worked for the first flare-up, did nothing for the 2nd.
Infliximab (remicade) Infusions x 3-The only thing that finally sorted out my severe flare while in hospital.
Mercaptopurine- Chemo maintenance drug that has kept my symptoms in remission since March 2014.
Vitamin D supplements- I was found to be quite deficient when I first started taking mercaptopurine.

I was diagnosed with UC in 2009. Had one moderate flare-up a year later which was controlled by prednisolone. Symptoms then went into remission but I then had a terrible flare which started in August 2013.

10 thoughts on “Starting SCD While in Remission? Any Advice?”