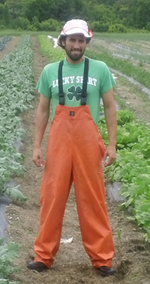 We all need to celebrate every once in a while.  Well…whenever the hell we can right!

It is a complete honor to run this site in so many ways, but people like Pat, who have gone to hell and back are the types of people who truly keep this site moving forward.  I received this email from Pat just a few days ago, and instantly after reading it, I replied asking for permission to copy and paste the valuable parts of the email for everyone else to read.  The reply was this:

“Absolutely!  You could put my name if it would help. I suffered so much but with a mix of a good GI Dr and a good Naturo-Path Dr it is possible to be normal again.
Anything I can do please do not hesitate to ask.

I was diagnosed with UC in 2005, after a few months of asacol it was gone and I forgot I ever had it. In 2011 I was given a large amount of Clyndamiacin an anti biotic from a dentist and it nearly killed me. I was suffering for 6 months and went through allergic reactions to every medicine I was given. I would up in the hospital for the third time in two months and was told my body was shutting down and I was lucky to be alive. The only reason I was alive was because I was a healthy and fit 48 year old male. I had Pancreas failure, although they thought, heart failure although they thought, but it was my colon dying. I was told I was the second worst case to be seen in a large New Jersey hospital and was told my colon should come out as my chances of getting into remission were very slim to none.

Upon leaving the hospital, after two weeks on a pic line to feed me and two blood transfusions I was determined to keep my colon. I saw my Dr but also saw a Naturo Path Dr as well. After four months of humira I was only slightly better and still out of work. I then began taking Arabinogalactin Powder which is ground up Larch Tea Heart Wood

. In two weeks My stool was formed, my stomach pains were gone and I never saw a drop a blood and that was in December of 2012. This I believe saved my life or at least helped a lot. I take this tastless powder in juice every day as prescribed by my Nat Dr.

It is known to build the immune system and I’ve only have one minor cold since I started taking it and that’s not bad since I have three young children who have had their share of colds and whatever. It also is a Pre-biotic as its a poly sachride that feeds only the good bacteria in the gut and not the bad.
It is now July and I’m still doing well.

I was sent to Philadelphia to see a UC specialist and explained this to him and was actually interested and said he wanted to do a study on it and I really hope he does as its benefits are amazing.

At this point after almost two years of hell I feel I’m back to normal. Diet as I was told by this specialist although you should eat healthy, is less of a cause than stress so I maintain my stress the best I can and eat well but I can eat anything I want. Oh, and one to two bowl movements a day tops!!!!
To this day I’m still in pain with joint damage from the high doses of prednisone but my UC is the least of my problems now and it feels liberating!
Just thought I’d share my experience.
Pat

Thank you again to Pat, and to everyone else who is an active member of the site, newsletter participants, and all the other casual readers of iHaveUC.  One thing that everyone must realize with UC is there there are all sorts of ways to get colitis into remission/cured.  Whether you take western medications, do yoga, exercise, get your colon removed, follow a diet like I do, use fecal transplants, or anything else, there are always options.

I received a message from someone from the newsletter group yesterday asking the question below:

“Can you please ask Pat to share what his dosage of the powder and how he took it?  It’s great to hear his story but I would like to know more if that’s possible.  Thank you”

And, after asking Pat the exact question, here is Pat’s response below from just moments ago:

Yes, I’m doing great still, not one flair up in two years!  With uc, different things work for different people, but for me the arabinogalactin powder was a great help along with probiotics.
I took two to three table spoons of powder per day.  I mixed one table spoon with a small amount of warm water to help it dissolve. Then I topped it off with some juice and down the hatch!  I did this for about a month and that’s when things got so much butter, after two weeks I was noticing a difference but after a month it was very apparent that I was finally mending after a year plus of UC and pan C that was diagnosed as severe, very severe.
Now I take it once in a while but I eat Greek yogurt ever night as the yogurt seems to keep me normal.
As for other foods, I eat what I want but I do eat fairly healthy and I am active which helps with the mental aspect of this.   I’ve found that stress is a key factor when it comes to AU diseases so being healthy upstairs helps downstairs.
Hope this helps, please feel free to contact me anytime as I will always answer.

(Big thanks once again Pat for the update)