Do Worms Do The Job? 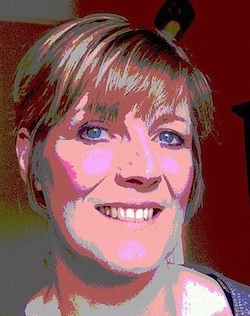 Hi I’m a veteran UC sufferer based in Oxfordshire Uk – diagnosed in 1984 aged 18 after an acute attack which resulted in severe weight loss and anaemia.

I am from Oxfordshire, Uk, & love amateur dramatics & singing. WorkIng as an After sales Co-ordinator for A Renewables Company.

A Slow flare up with bleeding and Some pain v but over the years my body seems to have got used to waiting until work is over before I have to rush to the bathroom! Ive been taking Mesalazine & Azathioprine for past few yearsbut now Im going to add a couple of spoons extra virgin olive oil on a daily basis and see if that helps.

Do Worms Do the Job

Hi I’m 47 & live in the UK and was diagnosed with ulcerative colitis in 1984 which has flared on and off since. I have 5 lovely children aged between 17 – 27 including twins- the uc was fairly quiescent during most pregnancies although I had to have blood transfusion during 3rd, but a flare up usually followed 2-3 months after delivery.

I find my condition is massively affected by stress levels but since most people say I seem so calm – I assume any stress rushes straight to my colon! I don’t think there have been any great advances in the treatment of this disease – perhaps because bowel problems aren’t a popular ’cause’ when it comes to funding research?

Has anyone tried the ‘worms’ treatment – & with any success?

I have family in California as my dad is American but has lived here in the uk since the 1960’s. Treatment for UC in this country is pretty basic – just drugs, blood tests and occasional check ups when required. I don’t think there’s a proper screening program (colonoscopy) either although one doc mentioned these should be every 3 years – how often have other sufferers been invited for this examination?

Hi I’m a veteran UC sufferer based in Oxfordshire Uk – diagnosed in 1984 aged 18 after an acute attack which resulted in severe weight loss and anaemia.