Who Knew Life Would Bring Me Here 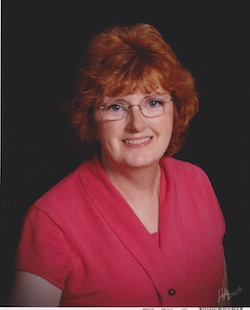 Hi. My name is Mary and I am 62 years old. I was diagnosed in the spring of 2012 with UC in the lower left side. Thankfully I am retired and my kids are grown because I just can’t imagine trying to work and raise a family with the way I feel when in a flare. I found this site quite by accident and have found a lot of good info here and in Adam’s ebooks.

I am from Buffalo, NY and currently live in a rather rural area in a nearby town. Makes traveling anywhere rather interesting because often there just is no bathroom on the way. My latest obsession is beads. I make bracelets and rosaries, but sometimes the thrill is just buying beads. I have more than I’ll ever use.

Well as I sit here typing I’m heading into another flare. Why? Because it is Fall and the weather and temps are changeable. Here in Western New York if you don’t like the weather wait 15 minutes and it will change. My first flare in 2012 was in the spring, then the Fall of 2012, and now fall of 2013. No flare in the spring of 2013 because I was on Asacol. My brother’s GI doctor told him the change in temps affects colitis. I often wonder if people who live where the temperatures are pretty steady year round have less flares.

So my symptoms are cramps, urgency, fatigue and watery diarrhea 4-5 times a day, no blood or mucus yet, pretty mild actually compared to last time. I will be calling my doctor tomorrow.

Who Knew Life Would Bring Me Here

When I started having symptoms in 2012 my doctor’s office tested me for C-diff and said the test was positive. They put me on Flagyl. My primary doctor’s office retested and said I needed another round. The next day I went and had a colonoscopy with my general surgeon. He said there was no c-diff but I that had UC. But since I had just tested positive for c-diff a second time he said we should respect those test results and take another 14 days of Flagyl. So I did and it didn’t work. And I was so sick on that med.

Back to the surgeon I went and he had those c-diff test results faxed over to him, looked at them and said I never had c-diff and he couldn’t understand why my primary said I did. But I know. My primary doctor could not see me for 2 months so I had seen the Physician Assistant, and I believe she read those test results wrong. Be forewarned about trusting PA’s too much.

I continued having my gen surgeon treat me, even though he is not a GI specialist, because I trust him. He prescribed Asacol but before I could even get started I came down with a UTI which, when treated with Cipro stopped my UC flare as well. I have since read that Cipro is one of the drugs that may be effective in treating UC but most doctors dismiss this and move on to Asacol, or Pentasa etc. But Cipro put me in remission for over 5 months.

Fast forward to Fall 2012, another flare and doctor puts me on Asacol. Weans me off by summer, I’m ok till Fall of this year. And it begins again….

Does my family understand all of this? Some do, some don’t. My husband has been most helpful. I think some people I know kind of wonder why there aren’t some meds to take that would control it all the time.

Probably the biggest change in my life is having to know where every bathroom is no matter where I go and knowing that plans are always subject to change if I’m chained to the toilet during a flare. Diet is my other challenge. I’ve thought about the scd diet or at least a modified version, but it’s hard when your spouse doesn’t eat the same things.

My heart goes out to those whose UC never seems to go into complete remission. I am very lucky to have a milder case, at least for now.

, vitamin D3 and a multivitamin. I also use extra virgin olive oil and am gluten free as much as possible. I take Metamucil daily.


Asacol has worked for me and I presume I’ll have to start taking it again.

I am 62 years old. I was diagnosed in the spring of 2012 with UC in the lower left side. Thankfully I am retired and my kids are grown because I just can’t imagine trying to work and raise a family with the way I feel when in a flare. I found this site quite by accident and have found a lot of good info here and in Adam’s ebooks.

2 thoughts on “Who Knew Life Would Bring Me Here”

previousA Long Overdue Update
nextIt’s All So New To Me