here are my previous postings…

My Current Status after Surgery:

Hey all! It’s been almost 3 months since my surgery and I am up to 148 pounds and feeling great! I have a lot of things going on right now which feels great because a month or so ago I was bored with nothing to do! This Saturday, May 21 I will be walking at my graduation from CSUSM and then we 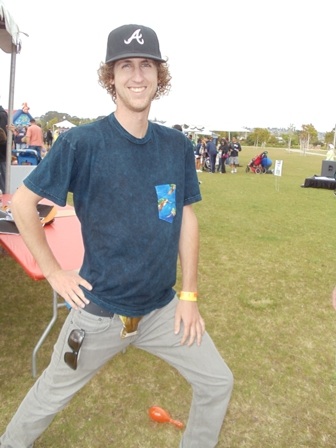 Curtis with his T shirt and ileostomy bag

will be having a graduation party the following day, which is very exciting considering that around January and February I didn’t know if I was going to be able to walk at my graduation.

During my time off from life and from school (because I have 2 more surgeries to go) I have found myself with a lot of free time. I can’t really get a job yet so I wanted to find something that I could do that might also make me some money, so I started making T-Shirts! I take cool fabrics and cut them out and make pockets to put on blank t shirts. I made a facebook fanpage with all of the stuff I have made so far and I have gotten a lot of interest from my friends and family.

Here is the page:

Let me know what you think!

This past weekend, my family and girlfriend participated in the Take Steps walk for the Crohn’s and Colitis Foundation in San Diego. It was my first time doing any sort of walk like this and it was cool. To be honest, I never expected to be walking for something that had to do with myself, because I have been healthy for my entire life so it was a good feeling to see how many people were there to share the moment with. A lot of people donated money as well which is always good in the fight to find a cure for this disease that we all have suffered from and that no one should have to go through.

Anyway, that is my update so far. I will be having my 2nd surgery in 2 1/2 weeks which I am looking forward to, but then also not looking forward to. I have gotten used to feeling normal again (even though I have an ileostomy right now) so it’s going to be hard to have to go back to the hospital and be in there for a little bit while I recover from the surgery. But, it’ll be one step closer to being back to a new normal and being all connected with my J pouch in place. 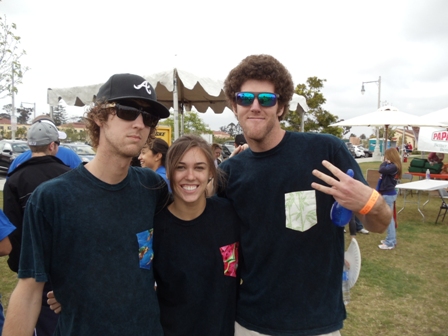 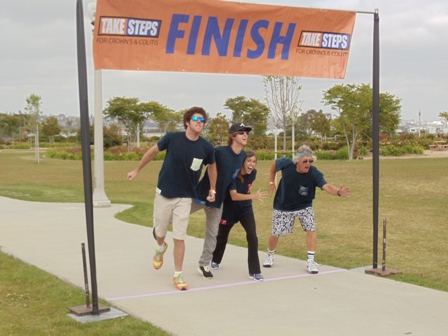 Hope everyone is doing well!

Curtis is a young guy who developed a very rapid case of severe ulcerative colitis symptoms in early 2011. Shortly afterwards as when medications were failing to solve his problems, he had only one option left which was surgery, and he is hanging in there and doing great. Curtis is an expert soccer player and has his own line of T-Shirts he creates too.