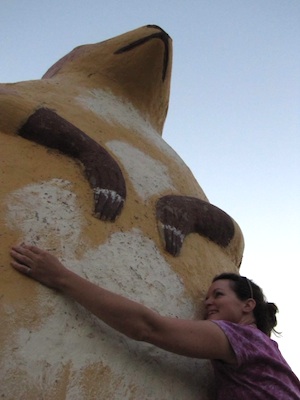 I had 2 months of painless rectal bleeding before I was diagnosed with ulcerative proctitis in April, 2013. First I thought it was hemorrhoids and tried over the counter Tucks and Preparation-H to no avail. Then made an appointment with my regular doctor who used an anoscope and said I had bleeding hemorrhoids and Prescribed Anucort suppositories. These also made no difference and she was wise enough to refer me for a colonoscopy where the GI doctor took biopsies and diagnosed me with ulcerative proctitis to my surprise.

The GI doctor told me several things that day; there’s no cure but there is treatment, they don’t know why people get it, diet doesn’t affect it, people can get anemic from it and proctitis doesn’t carry an increased risk of colon cancer. Then I had a big plate of pad thai with shrimp and chicken. And then a pint of Haagen Daas. Caramel cone. I did a lot of Internet searching and luckily found this website, read the http://www.breakingtheviciouscycle.info/ site on SCD and handed over my chocolate Easter bunny to my boyfriend. I am a sugar addict and will eat it until I have to take a nap. But I read a lot of stories about people starting with ulcerative proctitis and how it progressed to colitis. Which got my attention. So I went out and bought almond flour, coconut flour, fish oil, a yogurt maker, made a list of legal/illegal foods accordi ng to the SCD and now I am on day 3 of this diet. I have eaten so many nuts in the past few days, I’ll probably need my gallbladder taken out! I’ve used some recipes on this site http://www.scdrecipe.com/ and so far it’s still a novelty. I was fine for the three days after my colonoscopy, then I was so tired that I slept for about 13 hours for a couple of days. I’m beginning to wonder if I am anemic.

I have questions like, I was invited to dinner at a friend’s house next week, do I just break the SCD for one meal and hope for the best? And what do I eat when I go to Africa later this year? Has anyone diagnosed with just ulcerative proctitis ever NOT progressed to colitis?

Cortifoam-haven’t seen any blood since I started on that 3 days ago.

previousUlcerative Colitis and Kidney Cancer
nextTrying to Hold Me Down