Written by Kayleigh from Ireland:

I have Ulcerative Colitis, but it is part of a larger condition called SAPHO Syndrome, a rare autoimmune disease that means I also have severe arthritis with my UC.
Imagine trying to run to the bathroom during a UC flare 20 times a day but not being able to move because of your arthritis!

I was diagnosed with arthritis when I was 13 – it affects every joint in my body – and with UC when I was 19 (I’m now 24) – it was very sudden! I woke up one night with severe diarrhea and vomiting which lasted a week before I finally went to the hospital. I was kept in isolation in case I had some contagious illness, but after a few days of tests and observation, and a scope, I was diagnosed with colitis. 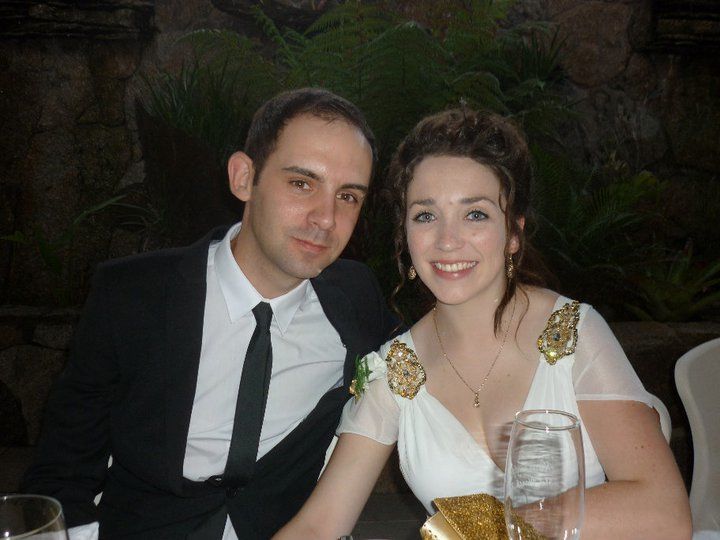 Just last year all my symptoms were put together by my 2 consultants and I was given the diagnosis of SAPHO.

The past few years have been a real struggle. My weight has fluctuated, I lost my job, I lost friends, relationships broke down, I have felt isolated, embarrassed, exhausted, depressed, defiant, I have had countless flares. Then my younger brother got diagnosed with the same thing a year and a half ago and they are already talking about removing part of his colon.

It’s so scary having this.

But we’re fighters both of us. I’m pretty stubborn and when I decided that this wasn’t going to rule my whole life, I MEANT IT! I have traveled the world (and gained a new appreciation for Irish toilets!), got married, and become an active member of colitis and crohn’s, and arthritis charities in Ireland.

I am currently on mesalazine tablets and steroidal enemas.

I was tried on HUMIRA as it would treat bothmy UC and arthritis but had an allergic reaction to it.