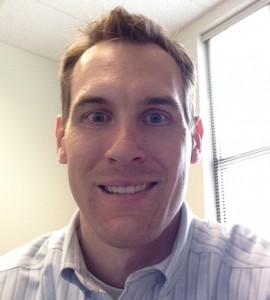 I was in remission from January to July this year and symptoms started back when I got lazy with my diet.

Some more about Tim:

Big college football fan. Hoping UC doesn’t ruin that this season. Even a big Georgia win can end up crappy. Pun definitely intended.  My previous story that I wrote on the site was from January 2014 which you can read here.

I was in remission for the better part of 7 months. By remission I mean going to the bathroom once a day with a solid poo. I got lazy on my diet and my frequency increased and then eventually started seeing blood as well. I still considered it a mini-flare as my frequency never got above 5-6 times a day.

I was in remission for 7 1/2 months prior to the breakout of a mini-flare. I was really hoping I was going to be one of those people that didn’t experience new symptoms for a decade, but clearly not. I started introducing the occasional caffeinated beverage and started enjoying alcohol again. I think these are the primary culprits as it seemed like they instantly irritated my colon especially the alcohol. Giving up caffeine and alcohol in the past really got me over the hump of my last flare which lasted through most of 2013.  I visit the doctor regarding this mini flare and my doctor put me on Canasa (already on Colazol for maintenance) due to the fact that my inflammation is fairly isolated to the rectum. I was on Budesonide as well as the Colazol when I got out of my flare last year but they didn’t want to use steroids since my symptoms were not that severe at this point. After five days on the medicine the blood has gone away and I will go from morning to until after dinner with 1 -2 bathroom trips and then I go into what I can only describe as a purge. It is very strange because through most of the day I feel great. Then its almost as if suddenly there is room and my body flushes everything out while the flood gates are open. Keep in mind everything coming out is solid and there is no blood. I find this to be very weird and curious if anyone has experienced this purging sensation beore. I never had this type of experience before as in the past even while getting better it seemed as if frequency slowly trended down while solidity slowly trended up. I know this disease hits everyone a little differently but wanted to see if anyone else has experienced this type of purging symptom. Thanks for your help.

Colazol, Canasa, and BLAND Diet as recommended by GI.

Just as an FYI the BLAND diet is what helped me get into remission in the past. I have experimented with Paleo and SCD and neither had positive effects for me.

written by Tim B

I currently live in Charlotte, NC with my wife and two daughters.

8 thoughts on “The Purge Effect”