The Life of a Traveling Patient 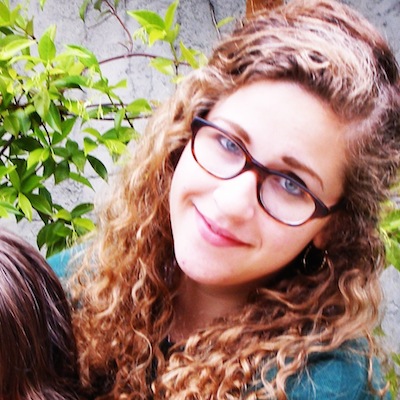 I’m Yael. diagnosed with UC in February of 2013

Hi, I’m Yael and I’m 19 years old, diagnosed with UC in February 2013 after a year of heavy blood loss. I received 2 blood transfusions.

I was put on oral prednisone.It didn’t work. I was then hospitalized for a week, while they tried IV Prednisone- also to no avail. From then on it’s been 400 mg Remicade/2 months and 50 mg 6mp tablets/day. Thank G-d, I’ve felt fine since starting Remicade!

I had been away for school in Chicago when I got really sick, so I flew home to California where the diagnosis happened and my GI prescribed Remicade. I then flew back to finish school and got a new GI there so that I could continue my treatment

Then I went to Israel for a year, without knowledge of how I would get the Remicade that I needed (I know I’m crazy). In the end, I had to fly home to California for my first Remi (a plane ticket was cheaper!) when I returned to Israel, I became an Israeli citizen and got Israeli insurance in time for my next Remi.

This year, I am living in NY and I am currently up to my 4th GI doc.

I enjoy writing and drawing whenever I’m not too lazy.

My pet peeve is when people refer to me as being “sick” or talk to me too much about my UC. I don’t let it take over my life and my mind, so it bothers me when others bring it up a lot.

Oh, and I’m in love with the land of Israel!

Negative symptoms: I bleed (teeth brushing, waxing, plucking etc.) easily, I get headaches sometimes, and My stomach tends to feel weird (but that’s probably because I eat whatever I want).

Positive symptoms: a more positive outlook on life, and appreciation for the things that I do have.

The Life of a Traveling Patient

UC is a pain, and that’s the truth. I have a phobia of blood and veins, so it was real great when I found out that I would have to get poked by a needle every 8 weeks. Thankfully, I have come to realize that it doesn’t really hurt, and what hurts the most is getting all the tape of my arm in the end:). My veins are really difficult to get into, so I have this fear deep inside that one day they won’t be able to access my veins anymore because the few that they can locate will be all used up. Hopefully by that time I won’t be on Remicade anymore!

Another annoying thing is feeling limited in what I can do and when I can go on trips. I used to feel like the whole world was laid out before me, but now I have to work between Remicade dates.

Really, though, it’s all good. If I was given a challenge, it’s a sign that I can overcome it. It’s a sign that I have strength and capabilities that others not in my situation don’t have. That’s pretty empowering!
A great rabbi named the Rebbe Maharash once said that most people say (in regards to an obstacle) that if you can’t go under it, then go over it. However, the Rebbe Maharash said that you should just go over it from the start! Obstacles are only there to help you go higher.

I’m sorry if it sounds like I’m rambling, but this is seriously what keeps me going and I hope you can gain from it as well.

Now for question time. As I have said before, I am currently up to my fourth GI doctor in a fourth location. I’ve been on Remicade and 6mp all along, been doing just fine, and the doctors never said anything.
Suddenly, my new doc in NY tells me that I’m probably on an unnecessary amount of meds and I’ll probably be fine with just the 6mp and scratch the Remicade.

Of course, he is first going to look at my initial colonoscopy and do another one to see if I could handle it.
It was surprising though, and I’m so unsure about it.

Of course, I would love to get off Remicade, but if it’s working, isn’t it worth it just to stay on it??
Has anyone here been in a similar situation? Have you ever been taken off Remicade and been fine without it? Did you ever need it again and found that it didn’t work because your body built up antibodies?
Thanks everyone and thanks Adam for this awesome website!

I was taking vitamin D and one Tum every day (for calcium) because I was told that people with UC can get bone issues. Later, I was told by a different doctor that it’s people with Crohns that it happens to. Now I’m not taking them as religiously as before, but vitamins are good either way.

Hi, I’m Yael and I’m 19 years old, diagnosed with UC in February 2013 after a year of heavy blood loss. I received 2 blood transfusions.

4 thoughts on “The Life of a Traveling Patient”