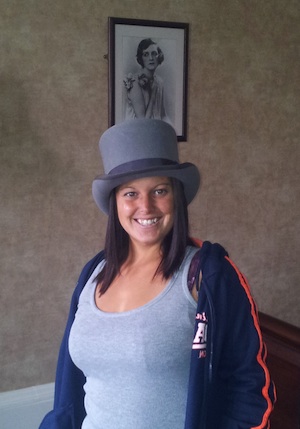 Me looking normal without any steroids

Hi my name is Beverley (or Bev, I don’t mind :-) ) I am a 30 year old married mother of four from Newcastle upon Tyne, England.

I have finally finished my battle with colitis….. I’m not sure who the winner is??! Hopefully me!

I 1st experienced symptoms (the blood, diarrhea & pain) in 2001 (although nowhere near as bad as things got last year.) I spent years back and forwards having colonoscopies, flexible sigmoidoscopies, white blood cell scans ect and it always seemed to get missed, i was told i had IBS & at 1 point a GP actually told me (his actual words…) I was ‘barbecuing my insides through smoking!!’

Eventually in Jan 2008 I got my diagnosis.. Pancolitis… in a way i was relieved because i finally knew what was wrong (i am sure somewhere in my notes back then it will say hypochondriac!) then reality hit, & oh it hit hard!

Living with Pancolitis has overtook my life, i sometimes feel like i don’t even live it, i just exist.
between Jan 2008 & jan 2012 I had 7 flare ups, all of which involved the usual, prednisolone yey! Some flare ups lasted weeks, some months but eventually oral steroids + enemas & foam alongside my usual balsalazide seemed to do the trick, that was until june 2012.
I knew i was in a flare up & hadn’t been well for weeks, but tried to plod on (as we do) using enemas, foam ect & eventually ended up admitted to hospital on IV steroids for a week, i was home less than 2 weeks on oral steroids then got readmitted as steroid resistant & put on a trial drug… Ciclosporin.
I probably would have agreed to anything at that point but OMG!! the side effects were unreal! I ended up on the sick for 4 months & although my bowels eventually settled it was a really difficult time. 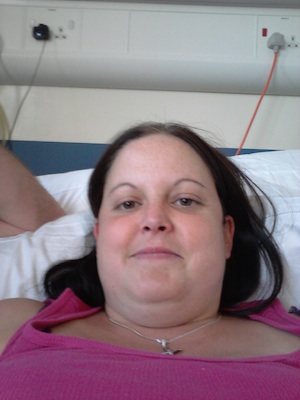 Me while on steroids

After finishing the trial I was started on Azathioprine alongside the Balsalazide & having a low immune system, i get every bug going as well as dealing with the usual day to day struggles with colitis. It wasn’t really until i sat & read all of the side effects of everything i’d been taking (the ciclosporin being toxic & the Azathioprine being listed as a human carcogen) that i seriously thought about surgery. I decided to write a list of pro’s & con’s, the pro’s list filled an A4 side of paper & the con’s list filled 3 lines!

SO…. I met my surgeon last week & I am now waiting for a date for my op, a permenant ileostomy. Hopefully I will know by friday & look forward to a toilet free future :-)

Don’t get me wrong I am terrified of the actual op & the recovery process but surely I & my family will have a better quality of life with an ostomy.

The first thing my kids want to do is go to the beach for fish and chips without mam having to worry about running to the toilet, that in itself keeps me positive, thats how much me getting better means to them, a simple trip to the beach :-)
The first thing I am excited to do is go camping with the hubby and kids!! I cant wait :-)

Hi my name is Beverley (or Bev, i dont mind :-) ) I am a 30 year old married mother of four for Newcastle upon tyne, England

previousDark 1.5 years, But Quieting is for Losers
nextDid My Wisdom Tooth Infection Really Give me C-Diff