Struggling To Get To the Surface 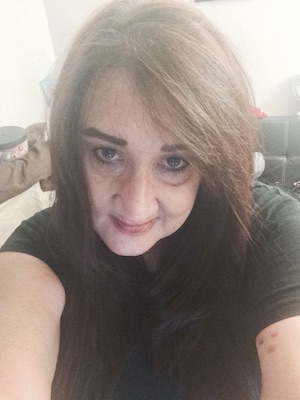 I’ve been suffering from a UC flare up for the past two and half years now. Since it started I have gotten C-Diff, as well as developed Cellulitis and Mouth/Canker Sores underneath my tongue. Also achy joints, edema and extreme fatigue. I just never feel “well” anymore. My doctors don’t seem to think I have any other problems….I’ve been checked for Lupus, etc….kidney function, etc….all normal…but the constant cycle of first UC symptoms which get very out of control, then the canker sores under my tongue then the cellulitis and edema leaves me feeling as though I’m always dealing with some health ailment. It’s a viscous cycle and I feel like I can’t swim up to the surface anymore. I’m drowning in this disease. On top of that, it has interfered so badly with my work and I can’t get my doctors to put me on disability. So I’m starting to drown financially too! Life preserver?? Anyone? ??

Some Background on Noelle:

I am about as dynamic and unique as they come (or so I’ve been told all my life).

I live to create things. I am very artistic and crafty and I love doing DIY projects around the house. I love to work with my hands. I enjoy sitting down to do girly girl type of crafts every now and then, but I really like being up and about about building things and working on projects that are more physical. I love using power tools, and have a soft spot in my heart for any hardware store. I can spend a day happily shopping in a mall or several hours walking the aisles of Home Depot or Lowe’s (to name a few). I am the handyman in my house and I am the one who builds things, assembles things, installs things, fixes things and changes things (toilets, locks, cabinets, desks, computer networks, you name it).

I approach life in a way that most people do not fully understand. You’d have to know me to see what I mean, but I do not fit within ANY conventional definition or stigma.

I am a geekynerdgirl who loves to compute, loves to play video games and loves all things technology related. If it’s the latest and greatest, I’ve tried it.

I am usually just a step or two ahead of trends, but not enough to be called a trendsetter. My husband always says if only I could hone my skill a little better I could make us millions in stocks.

I love life. I live mine to the fullest every single day and I try to be the best possible person I can be, to others, in Jesus’ example. i fully believe in God and am a hopeless romantic that still believes “Love conquers all”. If only I could learn to love my diseases colon….

I was very sick during my second pregnancy (at 35 years old) with what they think was SARS. They threw the kitchen sink at me with antibiotics at that time and when I was finally released from the hospital is when I started having IBS symptoms. I had a colonoscopy and was diagnosed with Ulcerative Colitis. I suffered for the rest of my pregnancy and then after I had the baby; outside of a couple of minor flare ups, my disease was in “remission” for the past 12 years.

Two Februarys ago I started to have a flare up of my Ulcerative Colitis which made me sicker than I”ve ever been. It’s more than two years later and I’m still not where I was before that fateful February. I’m a Kaiser patient(Kaiser is a health insurance (or managed care plan offered in some parts of the USA) and up until this point i’d had great care. But my Kaiser GI Doctor moved to another city that wasn’t convenient to my house so when the flare started I had to establish myself with a new GI Dr. She wasn’t “terrible” but I saw no improvement of my symptoms with her at all. She had me taking the highest dose of prednisone daily that I’ve ever taken in my life. 40mg a day for 3 months. I have severe asthma and have never taken that much over such a long period of time. The really compromised my immune system, not to mention it took that fit and trim body I’d worked my ass off to get after turning 40 and it added about 50 pounds to it. Nothing I do now makes this weight go away. I barely eat and I’m fa t! FRUSTRATING and DEPRESSING. I like to look good. Anyways….boo hoo…….My immune system was so compromised from the steroids that just as I was finally getting over the UC flare up (which had me bedridden for months) just as I was finally feeling better, I did something as simple as shave my legs and ended up coming down with “Cellulitis” in my foot. Apparently if left untreated, it will kill you. So they pumped me full of antibiotics to kill the Cellulitis and BOOM my UC Flared back up and along with it I got C-Diff. I wasn’t diagnosed with the C-Diff (even after the test results came back positive for it) for weeks though – – so by the time I was informed I had it I was extremely dehydrated and weak and sick. Was given Vanco and it seemed to help. Even after the flare up calmed down (never went completely away) I was very very weak for months and now suffered from swollen feet and ankles and off and on I’ve had Cellulitis “scares” in whi ch it is “starting” on my foot or ankle but because I refuse to take that medication again for it, I elevate my feet and ice it for a couple days and it goes away. But I became anemic after the flare up and also started having leg and feed cramps. The UC symptoms never have fully cleared up, and I’ve been off and on with the flare up symptoms up to and including today. At some points it’s gotten very bad where I’ve been layed out for weeks and had to use suppositories, etc. I noticed that my symptoms sometimes are just like they were when I had C-Diff and even though I don’t test positive for it, I feel that somehow, some way the C-Diff is active in me.

The past two and a half years has been a blur for me. I’ve noticed a pattern of symptoms though…..First comes the UC symptoms (bloody diarrhea, dehydration, etc.) then at the end of the flare up I seem to be prone to cold sores underneath my tongue, and then just as that seems to go away I seem to become prone to Cellulitis symptoms in which some part of my body (usually my foot or ankle but today my wrist) becomes very tender and red and swollen and I have to elevate it and ice it and stay off of it or not use it for a couple of days to avoid having to go to the doctors and get on antibiotics that will inevitably provoke the UC flare up all over again. The flare up I am recovering from right now is because I was given an antibiotic for a upper respiratory infection I’d gotten around Mother’s Day. I have terrible asthma that has also almost killed me so whenever I get that type of sickness I have to take antibiotics to keep my breathing from getting out of co ntrol.

But it awakened the Beast again…so now I’m at the phase of my flare up where I’m not having so much diarrhea anymore, but I’ve gotten the cold sores and they are going away and then the Cellulitis started on my foot but I elevated it and now I woke up today and noticed for the first time my wrist is red, swollen, and hurts to touch or move a lot. It always seems to coincide with shaving my legs or clipping my fingernails in this case. I did want to mention I started taking the probiotic VSL#3 and it really does seem to make a difference. I just “feel better” and my symptoms seemed to really ease up after I started taking 4 pills a day. it’s expensive though. But worth it.

I am so tired of this roller coaster I’ve been on for the past two and half years. I feel like I just can’t seem to swim back up to the surface. I feel like I’m slowly dying sometimes. But then I tell myself I can’t be dying…I’ve got two kids and I am not done living my life. But I feel like crap. And it seems like I’m the only one super lucky person in the whole world who instead of weight loss being a symptom….my stupid body is ballooning! I don’t eat a lot….I sometimes go for a whole day with just one small reasonable meal…nothing too fatty or whatever….but I’m very depressed about the weight thing. I figured if I have to endure this god forsaken disease, I should at least be able to enjoy the weight loss that it is known for causing in most people. It’s not fair!!!

One last thing…..I’ve noticed I’ve had joint pain since the Flare up from hell. My thumb feels like it’s constantly dislocated in fact. I will see an orthapedic person next week for that.

So that’s my story. It’s affected every aspect of my life. I’ve missed out on so much and I can’t even get on disability even though I’ve been so sick that working was impossible! Everything feels like it’s crumbling around me.

Still I sit here with a smile….I have to search for it…but life’s too short to frown.

I am about as dynamic and unique as they come (or so I’ve been told all my life).

I live to create things.

7 thoughts on “Struggling To Get To the Surface”

previousRound 2 in J Pouch Surgery – What to Expect Next
nextMild Flare Came and Left, got PREGNANT, what is this?