Skeptical about the Diet, or Naive about the Meds? 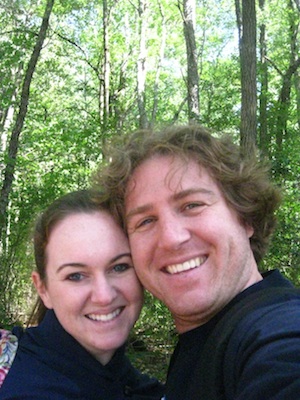 I am 28 years old, and a stay at home mom of a 13 month old girl. I used to be a middle school English teacher, which was enjoyable, but I absolutely LOVE being at home with my baby girl. I wouldn’t give it up for anything. I’ve been married 3 1/2 years. I have been a Christian for 6 years now, and I help out with the middle school youth group. (My husband and I met because we both started helping in the youth group on the same day!) I was diagnosed with UC yesterday, after almost a year of symptoms, which started when my baby was 3-4 months old.

As a former English teacher, you may already guess that I love reading and writing. I was born and raised in the same neighborhood that my husband, daughter, and I live now. (He bought a house in that neighborhood before we even knew each other.) I used to run (slowly) for fun, doing 5k’s and once a half-marathon, and I miss doing that. I can’t remember the last time I had energy to go running. Believe it or not, I have two sisters-in-law with Crohns/colitis, even though we aren’t blood related. What are the chances??

Currently I have bleeding and frequent urges to go with some cramping, though usually when I do use the bathroom it’s only blood that comes out. I am also tired a lot, and I have a lot of gas some days.

Skeptical about the Diet, or Naive about the Meds?

When my baby was 3-4 months old (late April or early May) (and there had been no changes in vitamins I was taking, I was still nursing, nothing at all really changed…) I started noticing spots of blood on the toilet paper. I thought maybe I rubbed to hard, but then it stayed around a few days, a week, a couple weeks… and the blood increased in volume. So I finally told my mom (a med tech) and she nagged me until I finally went to my general practitioner. She told me I had a hemerrhoid, and to use preperation H. I did, for a couple of months, but the bleeding got worse. I was due for my OB/GYN appointment anyway, so I had him look at it, and he said it was hemerrhoids, too. He referred me to a D.O. who specialized in hemerrhoid treatment. By the time I saw him, I had been bleeding for 3-4 months. He saw my hemerrhoids, and tried to band them three times. When the bleeding got worse, and my bowel movement frequency started to increase, he su ggested a colonoscopy. I had that done in November, but all the biopsies he did came back negative for any kind of disease. He gave me hydracortisone suppositories, which helped, and he wanted to test me for bacterial overgrowth, but when I looked that up I had almost NONE of the symptoms, and the symptom list of that didn’t include bleeding, which I considered my main symptom. I started to feel like he wasn’t really listening and was just running through his usual battery of tests, so I got my records from him and went to a new doctor- a GI that was also an MD (rather than DO). When I explained my symptoms, he was already thinking colitis, but since the previous biopsies (which probably weren’t analyzed right) didn’t show anything, we both agreed it would be wise to do a flex. sig. to get a new sample. I did that Valentine’s Day (so romantic!) and he knew he was looking at Colitis. When the biopsy results came back and confirmed that, he called me i n (yesterday, Feb 21) and prescribed a mesalamine suppository and tablet for 2 and 6 weeks (respectively) with a follow-up in two weeks to see if I have started improving.

So many people keep suggesting diet changes and asking if I will change my diet. I’m torn because my doctor and my mom and even my own skepticism keep telling me that science hasn’t proven diet changes help, and these testimonials could all be spontaneous remission and the placebo effect. I have a sister-in-law who has suffered with colitis/ Crohn’s for 10 plus years, and had her colon removed, and is faced with more surgery. (She is currently trying SCD, but it isn’t helping enough.) I watched a video from a doctor at Mayo who said that colitis patients with 30 years of the disease have a 25 percent chance of having their colon removed! As a 28 year old, I probably will live 30 more years so…. could that be me? I guess I would just like more info from people who have tried the diet. Have your symptoms REALLY disappeared completely, forever? Or does it just go through remission and flares just like it does with the meds? Why did you choose to do the diet ? What diet did you do? What research did you do about your diet? Is there someone who did meds, and they worked fine, and they never changed their diet? Etc. Thanks!

Mesalamine is all I am on right now! I just started it yesterday, so we will see if it works.

I am 28 years old, and a stay at home mom of a 13 month old girl. I used to be a middle school English teacher, which was enjoyable, but I absolutely LOVE being at home with my baby girl. I wouldn’t give it up for anything. I’ve been married 3 1/2 years. I have been a Christian for 6 years now, and I help out with the middle school youth group.

17 thoughts on “Skeptical about the Diet, or Naive about the Meds?”