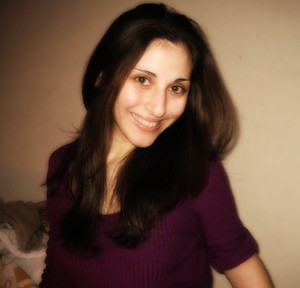 I was diagnosed with UC five years ago at the age of 24. According to the colonoscopy 70% of my colon was inflamed and full of ulcers. Thinking back they must have not been very deep though as I was going to the bathroom only 5-6 times a day and not 20-30 as some others.

Currently I work full time with deadlines but I try to manage my stress to the extent possible and I do my best to keep a life and work balance.

Some more background this amazing UC’er:

I love reading books and articles and love researching topics of interest. For the past five years this has been health related.

When I was diagnosed with UC I was put on 2.5 months of prednisone. When I finished, my symptoms started comping back. My doctor suggested mesalazine enemas.

As I was about to go and buy them, I came across Vitamin E enemas online (I have posted about it in this forum some years ago). I tried it and at the time it worked like a charm. All was good for over three months until I decided to take iron supplements which caused a bad flare with just one pill. After several weeks I managed to stop the blood with Vitamin E enemas. There were smaller flares every now and then and Vitamin E became less and less effective.

At that time I came across wild oregano oil. I read that I should start with 3 drops once a day and increase it to 3-5 drops 3 times a day and then drop again for about 3-4 weeks. I tried it for 3 weeks and I was well again. Then again a small flare here and there but no longer with diarrhea. I would go once a day but when I was in flare and would only see a bit of blood and mucus.

Last year my flare would not stop for more than 2 months. At some point I decided to go see my doctor again after 4 years. I thought maybe if I take mesalazine now it would stop.

After listening to my symptoms he said it does not sound like UC but more like proctitis.

He did a small sigmoidoscopy (only checking the last 20 cm. Turned out the ulcers were now limited to the last 5 cm. I was prescribed mesalazine suppositories for 10 days.

I took them for 10 days. Symptoms disappeared and I felt great. After two weeks the symptoms came back and I saw more blood than previously. I repeated it once again with the same results. I decided no more suppositories. I went back to trying Vitamin E enema. I would see blood if I ate something that bothered me but I was ok on most days.

Then, one day they showed a program on peptic ulcers on TV. It used to be considered chronic and incurable like Ulcerative Colitis until they discovered that it was mainly caused by helicobacter pylori. That made me think. It sounded just like UC, except researchers had not managed to pinpoint a single bacteria that can cause UC. The only thing they had managed to find was that the intestinal flora of UC patients is different to the intestinal flora of healthy patients. I had also read success stories of faecal transplants.

I decided to test this theory somehow. I could not get antibiotic prescription of course. Even if I could, which antibiotic should I use? I thought of trying something natural.

The only thing I could think of at this point that I hadn’t tried for UC was colloidal silver.

I had come across it while researching other things and had bought it for treating flu. It did help with flu and my mother was especially happy as it was the first thing that stopped her lip herpes from coming out. Having done micro enemas, I decided to try micro enemas with colloidal silver.

For 1 week, I used approximately 25 ml of colloidal silver after bowel movements. Lied down for 15 min to ensure it stays in and also decided to take 3 drops of wild oregano oil just to give it an extra boost (I had tried it before so I knew it was not the miracle treatment). After 3 days my stool got harder and bigger and there was no blood. I thought this is probably the bacteria in my intestines being killed. I had a friend who was on antibiotics for a month and then couldn’t go to the bathroom. I gave her probiotics to help (they did). I was at the same time drinking home made kefir instead of probiotics a few hours after the enema and oregano oil.

By the 7th day I could barely go to the toilet and it really hurt. I stopped and started drinking kefir twice a day. 3-4 days later my stools started going back to normal. Still no blood or mucus. I ate the foods that previously affected me and even drank a bit of alcohol on two occasions (less than half a glass though). Nothing! After a month and a half I took my stool to test for occult blood which had been positive since I was diagnosed. They tested it three times and found no occult blood.

Now I eat normally. I do eat healthy but I eat without thinking though somewhat cautious. I decided to do another 7 days of colloidal silver just to ensure that there is nothing that should be dead but isn’t. It’s second day and my stool was already harder than yesterday. This time I am taking olive leaf extract instead of wild oregano oil which is another natural antibiotic.

It’s the first time in the past 12 months that there is no blood or mucus. I was constantly on and off.

I don’t claim to have been cured or anything but if there is anyone out there willing to give it a shot, I am really interested and hopeful to see if they get the same results as me. I think just colloidal silver enema will be more than enough. Make sure to supplement it with a probiotic. I really hope it will help someone out there. 25 ml, once a day with an enema syringe or whatever else you find.

is overall great for the digestive tract. Also, found that apple cider vinegar stops diarrhea caused by bacteria by taking just 2 tbs. From diets I have tried paleo. Great for loosing weight but does not stop UC symptoms.

84 thoughts on “Perhaps a Solution?”