PCORI To Give CCFA $2.5 Million for Diet Related Studies on IBD 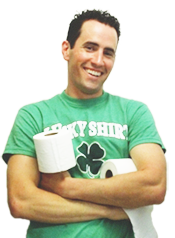 The Patient-Centered Outcomes Research Institute (PCORI) who has lots of money in their annual budget, will be sending a check to the Crohn’s and Colitis Foundation of America (CCFA) for $2,500,000.

And, what’s better than that (In my opinion),  is that this money is going to be used to:

So who is this mystery angel called PCORI?

I had never heard of this group before, but it turns out, they might be some genuinely nice folks:), I say that with a tiny smile on my face because often, it is difficult to figure out who is funding what when it comes to research in the ulcerative colitis and/or Crohn’s Disease/IBD world.  But this time, it seems like the tax payers of the United States of America are the ones who will be flipping the bill for this research.

The Patient – Centered Outsomes Research Institute has this listed on their about us page:

The Patient-Centered Outcomes Research Institute (PCORI), an independent nonprofit, nongovernmental organization located in Washington, DC, was authorized by Congress in 2010.

Also, they have a vision and mission of this:

This approach is reflected in our vision:

Patients and the public have information they can use to make decisions that reflect their desired health outcomes.

So, again, to me, it looks like a pretty nice non-profit, I went and did some research into the members of the governance committee, and again, only a few folks I would put on the “suspect” list…

Why am I being so critical…

About such a nice gift of $2,500,000 to research how diet interacts with Crohn’s Disease which is the older brother of Ulcerative Colitis??????

For far too long, definitely ever since I was diagnosed with ulcerative colitis back in October of 2008, there were all sorts of people crapping their pants off for research to be made into the interactions of diet with IBD.  And, mainly this was coming from the patient side.  Especially when patients(and include me on this list) would tell their gastroenterologist doctors that they felt diet may play a part in the disease for WHATEVER reasons…and an instant later, their GI doc would tell them:

Diet plays no part in this disease, you can eat whatever you want, and it makes no difference”

And tell me something, that is pretty annoying to listen to, especially from the third, or fourth GI doctor when you do the whole 2nd opnion doc dance, which many of us do.

Follow this up with the reality that other UC’ers and/or IBD’ers talk about how diet has helped them out, and what the FU-MAN-CHUU Is a UC’er to do???

Heck, I believed my GI doc when he told me that diet played no part in my UC back in October of 2008, actually within two weeks of my diagnosis, I had 3 GI doctors (Two from Stanford Medical Center, one from the Palo Alto Medical Foundation) who said this…so I did what any other normal UC’er would do…and I believed them and ate whatever I wanted (while I was taking the high doses of prednisone and Asacol that they prescribed).  And, yeah, it wasn’t until I met another UC’er who followed the Specific Carbohydrate Diet, who was in REMISSION, and who had tried all the medications that I had, did I finally come to the realization that, HOLY CRAP…maybe diet does in fact play a role in all this (or at least for some people).

So anyways, my long winded rant is actually a big thank you to the Patient Centered Outcomes Research Institute for moving forward with this.

News story links to the original news on this:

If in fact there is a link in the “scientific world” between diet and IBD, Crohn’s/Colitis/ whatever, it would be great if the scientist could start publishing the heck out this, so other GI doctors on this planet won’t deny that there just might, and I’m talking just a slim friggin chance, that their patient’s might benefit from mixing up the old diet and putting somethings in the mouth and keep other things out.

Good job PCORI and CCFA, may the study/research move forward with no conflicts of interest, and may the true results be broadcast to all interested people, both patients and doctors alike, and heck, I’m sure the pharma companies can find many ways to conduct business around this absolutely crazy theory that just maybe, and I’m talking for sure its a very wild card chance and all, but maybe diet does play a role here, at least for a few percent.  Concentrated foods/bacteria in pills, poop in pills…the list can go on and on right, we’ve been talking about this for years now…come on big pharma…pick it up!

Have a great weekend, and thanks to all 8 of you who sent me links to these stories the past few days, Graham, Katherine, Jerry, Tom, Alexandria, Maureen, Sydney, and Tomas.  Awesome reading!

33 thoughts on “PCORI To Give CCFA $2.5 Million for Diet Related Studies on IBD”

previousFermented Foods – My Sister is All About It!
nextUlcerative Colitis and Prednisone Fractures