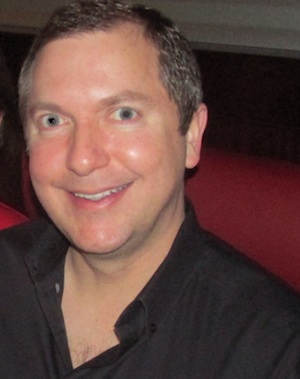 I was diagnosed in 1994, at the age of 20. I am now 40, and have been fighting UC for nearly half of my life. The first ten years were the same, flare Prednisone, flare, Prednisone. I had no idea of the dangers of steroids. The internet was not what it is today and I didn’t fully understand what was happening to my body. Approximately five years ago, I was in a three year period of remission and I completed 5 half marathons, and 15 5ks and 10ks. For me, a three year period of remission was extremely rare for my UC. Normal remission periods were less than six months. I feel like it was the calm before the storm, because ever since the remission ended, I’ve been back and forth battling my colon. Today, I am more informed of my disease, treatments and the strong possibility of losing my fight with UC, i.e. having a colectomy as I’m nearing the end of the medical road.

I’m from Fort Worth, TX. I love to be outdoors. Hobbies include golf, fly-fishing, running, yoga with my wife, and playing with my children and dogs. My wife is pregnant with my first, due in April 2014.

2014 marks the 20th year of my battle with UC. I was diagnosed in 1994 at the age of 20 and now I’m 40, and still have my colon. although lately I’ve been wishing it was in a jar somewhere being studied to help find a cure for our disease.

I live in Fort Worth, TX and for the last ten years, I have been taking summer and winter trips to the mountains, mostly in Jackson Hole, WY. The elevation in Texas is less than 1000 feet above sea level. The elevation in Jackson Hole is 6500 feet above sea level. I have visited the mountains approximately 12-15 times, and every time my UC flares without fail. Even if I have been in remission for six months, the gurgling, blood, mucus, etc. arrive after two or three days in the mountains and it becomes a full-on flare up.

I mentioned this to my GI and he said it was due to lack of oxygen to the cells. Of course this makes sense that there is less oxygen getting to the cells, but what does this have to do with causing a flare? What does oxygen have to do with UC? During flares, should we walk around with oxygen tanks to increase the amount of oxygen getting to our cells in hopes that this could put us in remission? I’m being sarcastic, but I wonder if a boost in oxygen could help put our UC into remission.

Has anyone noticed a flare caused by a change in higher elevation?

Thanks Adam and best of luck to everyone on this amazing site.

Current meds are Asacol, Imuran, Folic Acid, Hydrocrtizone enimas. Current supplements are probiotics, Vit C, Vit D, Calcium. Trying to eat gluten free. Failed meds include all biologics. Humira did not work. Remicade worked for three months then gave me psoriasis. Simponi made my psoriasis explode all over my feet, legs, and abdomen, and no help with my UC. 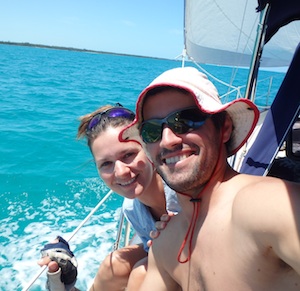 Adam Scheuer (founder of iHaveUC) an Michaela heading back to US April 1, 2014)

I’m coming up on my 6 year anniversary in just under two weeks(six friggin years already…wow is what I’m thinking).  Time does flies no lie.

In my opinion…relationships are never easy and stress free all the time.  Ups and downs, happy/sads, good time/bad times you name it right.  I think everyone can agree if you really like/care for someone.  And, it’s not always easy to mix in UC into the whole deal either.  But, most certainly it can be done.

Here’s what I have done to help blend my UC with our relationship:

I’m hoping some of the readers here can add some ideas to this posting!  chime in UC folks please, i’ve rambled too much

I’m interested in this.  I do recall reading a blip in a study about people with an autoimmune disease  going into the oxygen chambers on a regimented schedule, however I don’t recall the outcomes.  But, on a personal note, I’ve been living at about 2 feet (sometimes below) sea level the past 6 months and have definitely felt 100% along with keeping a hard check on my diet.  (And drinking lots of coconut water from the cocos which is something I will be posting about soon.)

I wish you the best John, and as a closing note, don’t for a second feel that surgery is a sign of you giving up and throwing in the towel.  There’s too many people that have UC who would say it was the best decision of their life.  I know that may be an option for me someday, and I’ve gotten much more comfortable with it as the years and stories have rolled on.

Take care and best to you,

5 thoughts on “Oxygen and UC”