Not Crohns but Ulcerative Colitis – There Will Be Blood 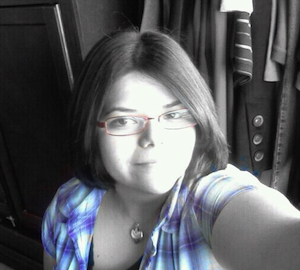 My name Is Cynthia
I’m 24 soon 25 :)
Only Child
Have Proctitis UC diagnosed September 2007.
**Hoping to someday be ulcerative colitis free without the need of surgery**

Love to read, go to the movies and eat lol
I like rock music, some metal, hip hop, almost everything even opera and classical music.
Hopeless romantic.
Funny, really good friend.

Not Crohns but Ulcerative Colitis

First time i saw blood was in early Jan 2006, since my dad is in dialysis we at that time were spending alot of time in the hospital so my thought was: no need to add to the stress, I’m sure this is a one time thing (i was a teenager 17) oh boy! i was completely wrong, it continued happening daily.

Still didn’t want to add to the stress, fast forward to Jan 2007, I see lots of blood got freaked out finally told my mom, of course she got upset for not telling her sooner and because we had no idea what was wrong.

A week later had an appointment with the gynecologist (since I also had blood in my urine).
Did a routine check up, asked for some stool samples, the samples didn’t show any blood, did another check up, found blood “back there”.

Feb 2007 went to a specialist in colon surgery, she thought the reason for my bleeding came from hemorrhoids, did some in office procedures, prescribed suppositories, (my grandma passed away March) but of course the bleeding continued, finally decided to give a colonoscopy June 2007, at last an answer or was it?

*all this with no insurance*

She said you have Crohn’s Disease. I was thinking what is that? never heard of it before, she gave a pamphlet, I got freaked out after seeing what it was, she referred me to an gastroenterologist, after looking at the colonoscopy results he wasn’t convinced it was Crohn’s so he did a sigmoidoscopy August 2007 and finally a week before my bday, I had my answer it was UC (proctitis). And a week after my birthday had an allergic reaction to an antibiotic, I was like a day away from my throat completely closing , never had allergies, but now I’m allergic to penicillin.

Not going to lie, I was relieved knowing it wasn’t Crohn’s.
I never had/still don’t have pain (only a little cramp near my belly button, goes away in secs) sometimes I have some bloating, no diarrhea, only go to the bathroom 1-3 times, but knowing I have to deal with this for the rest of my life it’s not something I like to think about but it’s something I can’t ignored.

I keep thinking whats going to happen when its time to have kids? Can I breastfeed? Are my symptoms going to get worse during/after pregnancy?

Now going throught another flare up (2 months) using the same foam, doc gave some samples but now it’s not working.
have an appt next week.

I’m 24 soon 25 :)
Only Child
Have Proctitis UC diagnosed September 2007.
hoping to someday be uc free without the need of surgery