My Story and I’m Sticking to It 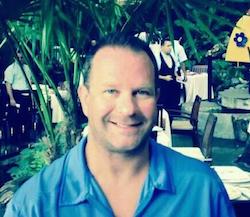 40 Diagnosed May 2013. I started having symptoms in January 2013 but was kind of embarrassed so I didn’t go see a doctor until March. Had a colonoscopy in May 2013 and had a sigmoidoscopy in March 2014.

I live in Seattle WA and work in the financial industry. I am an active guy (softball, gym, jogging, tennis, etc.) and like to travel. We try to go somewhere tropical every year.

Currently have bloody, watery, mucus diarrhea. Mild cramping. Fatigue due to getting up to go to the bathroom roughly every hour at night and (I assume) the loss of blood. My back and ribs ached too.

My Story and I’m Sticking to It

Well after doing a lot of research I realized that I probably had UC symptoms that started in 2006 or so. It started with chronic canker sores, some sever. I stared seeing blood in my stool in January 2013 and of course didn’t go see a doctor until March. The blood volume was lite and stool was firm until the middle to end of February.

I first went to the local family practitioner. Long story short she misdiagnosed me with internal hemorrhoids and constipation. She prescribed a fiber supplement (not good for UC) and a suppository. She also recommended I see a surgeon to have the internal hemorrhoids removed. Being a good patient I gave the fiber a chance, not knowing this was not going to work and probably made my symptoms worse. After two months and no progress I made an appointment with the surgeon (5/17/13). He checked me out and said “there was nothing he could do” and that “I should see a gastroenterologist”, he recommended one to me. I made an appoint for 5/23/14, just before a trip to Las Vegas for Memorial Day weekend. By Monday the 20th I was very sick. I had lost about 16lbs in 10 days, was not eating, was extremely tired, major cramping, and, of course, going to the bathroom non-stop. The next day I called the Gastro office and asked if I could get any sooner because I couldn’t wait until Thursday. They got me in that day and after the Dr. looked me over he scheduled a colonoscopy for the next day. Went through the colonoscopy and was diagnosed with UC. He put me on Ciprofloxacin and Metronidazole (both antibiotics) for and infection, and Mesalamine (Lialda) and Prednisone to help with the colitis. He also put me on Azathioprine a little while later. Within a week I was symptom free. My skin was even really clear. I thought the Dr. was a miracle worker. I was off the antibiotics once they ran out and the Dr. slowly started taking me off the Prednisone after a month or so. I am still on the Lialda and Azathioprine.

I was in remission until this January (2014) when I started seeing blood again. I made an appointment once the diarrhea started (March). The Dr. put me on Budesonide (Uceris). I was on that until the middle of May; it had no effect on my symptoms. The Dr. put me back on Prednisone and submitted a request to my insurance company for Simponi. The Simponi was declined; they want me to try Humira first. That Rx is being processed and I’m hoping to start that next week. I was given a TB test, pneumonia immunization, and started the Hep B vaccination.

So far I like my Gastro doctor. I do feel like I should see a second doctor just to get a second opinion. It seems like the only solution is to keep lowering my immune system.

It may be the Lialda and/or the Azathioprine but I haven’t had that bad of cramping.

is with the urgent need

to go to the bathroom.

It’s hard to see a show or play softball if, at any moment, all of a sudden I need to go to the bathroom, like within 30 seconds or I’ll have an accident. Also the fact that I can’t fart without feeling like I’m going to crap my pants. Ugh.

My biggest fear is colon cancer and/or needing to have my colon removed.

I’m still looking around the site. My biggest question would be around Humira and I see there’s already some information about it so I’m going to read up on that. 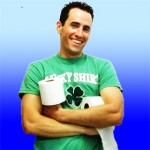 Yeah, there’s quite a few different links with regards to humira on the site.  Here’s a few I think you might find interesting:

Thanks so much for sharing Adrian, and although your doctors probably haven’t made any mention yet, I for sure wouldn’t count out something like the SCD diet which is what I use to treat my UC and its worked great.

PS:  One more thing, you “try to go somewhere tropical every year.”…Well, that’s some great news.  When you are down in the tropics next make sure to bring along a hammer and screw driver and a few plastic straws.  Find some coconuts and drink the water.  I for sure there’s not much better in terms of liquids than what comes out of those cocos.  Maybe try drinking a full coconut on day 1 and then go from there.

Male, 40 years old. Diagnosed May 2013. I started having symptoms in January 2013 but was kind of embarrassed so I didn’t go see a doctor until March.

4 thoughts on “My Story and I’m Sticking to It”