Mild Flare Came and Left, got PREGNANT, what is this? 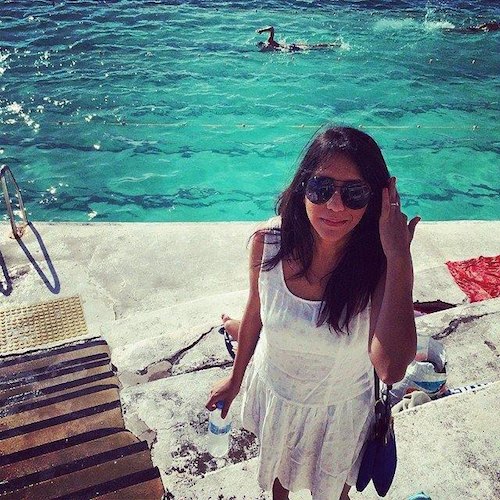 Mild flare and getting almost normal.

2 years [highlight]ago[/highlight] – gassy, with well formed stool with very minor blood. Went to a GI who did a scope (short kind of scope that’s performed on spot) and diagnosed me with Proctitis. Had meds for less than a week.

Symptoms free for 2 years!! Never even thought about Proctitis nor being educated on this, so I assumed it was just a one time thing 2 years ago. Still traveling the world, eating weird food, junk food. Some days really healthy (preparing for wedding), some days binged. Total Yoyo-ing my diet. NO SYMPTOMS.

2 years [highlight]forward[/highlight] – last month the gas came back. The urge to #2 but lots of gas and mucous instead. NO BLOOD, NO PAIN, NO DIARRHEAS, NO CONSTIPATION. Since I never thought of Proctitis, I went to my GP who gave me some antibiotics at first (since I came back from Japan eating all the raw seafood and sushi). That didn’t help, another GP gave me IBS medicine. THAT WAS EXACTLY THE SAME (AND FIRST) MONTH WE WERE TRYING FOR A BABY!! I foolishly thought it was just a stomach flu and went on trying for the baby.

1 week later, went to a GI. Blood test for Helico-poly (spelling?) bacteria and Anemia. All negative. She gave me IBS medicine again!! Went to another GI, stool test. White blood cells present in stool. However the test did not have exact levels. And it didn’t test for protein either. So there it is. Inflammation in intestines.

By this time, i was in my TWO WEEK WAIT.
My GI said, I’m still young and I can wait to have a kid. But when she told me, we have already tried that month! So i was counting my luck NO TO BE PREGNANT so i can go ahead to have a colonoscopy. Booked my colonoscopy and told the clinic I will inform them if I became pregnant.

Lo and behold……. DOUBLE LINES!!!!
I became pregnant!!! What a rollercoaster of emotions!! From being excited to try for a baby, to suddenly farting mucous, to hoping i’m not pregnant, to becoming pregnant while knowing my gut in inflamed!! Took a while to adjust to my emotions!

I started cutting out junk food from my diet. Made lots of pork bone broth. No gluten, no dairy. Try to avoid sugar but the pregnancy craving made me ate lots of mango. All these were a few days before I got my double lines. Not sure if its pregnancy hormones or my diet, my symptoms started to go away. FROM GASSY, MUCOUSY FART (NO BLOOD NO PAIN) TO BEING ABLE TO FART REAL GAS WITHOUT MUCOUS, DRASTICALLY LESS MUCOUS WHEN #2, WELL FORMED STOOLS MOSTLY SOFTLY-HARD!

I hope these would stay the same or pray hard pregnancy would kick me into remission.
Does it sound like my proctitis has come back? White blood cells present in stool but my symptoms this time 2 years forward is mostly gassy, mucous fart, and slight urgency. No blood, no cramp. ALL THESE CAME AND LEFT AFTER TAUNTING ME FOR ABOUT 3 WEEKS!

I’m planning to schedule for a colonoscopy after I give birth. My family has no history of IBD, and although sometimes I have yoyo diet, I eat multivitamins everyday.

Right now for more than a week after my mild symptoms came and left, I’m eating healthier both for my gut and my pregnancy. 1 – 2 bowel movements a day with well formed stools. Almost zero mucous but sometimes drum-rolling gas before #2.

FOODS NOW IN MY STAPLE:

Found a lady with moderate-severe IBD around my region. Spoke to her since she gave birth recently. She said when she had flares, she would shiver and get wet and in so much pain. Her GI and OB kept encouraging her to get pregnant since many women got into remission via this. She got pregnant and miscarried first one (she told me she was on meds). Second baby she purposely ditched her medicine and all her IBD symptoms disappeared!!! Thats what she said. And now her baby is almost 5 months, she’s still breastfeeding with no med and so far only 2 attacks. I didn’t ask much further after our discussion. But she gave me the idea that sometimes women going through pregnancy can have their immune reset and go into remission long time. I wish her all the best and I hope I have a smooth pregnancy, then get checked up after giving birth. Take meds, wean off meds and then try for #2.

Medications And Some Final Thoughts:

2 years ago after brief medication for my proctitis, I started to have sinus issue while sleeping and constant dandruff. So I went to my Holistic doctor. Normal stool white blood cell level is None to Rare. Mine was rare. Anyways he was the one who got me cutting out gluten and dairy. Even though my food sensitivity test came back I wasn’t sensitive to anyway. I’m avoiding them still anyways. My vitamin D was low. So he gave me:
Dr Wheatgrass Shots
High dose Vit D
Some herbal mix

Eventually my sinus and dandruff improved, no sure if its my diet of the vitamins. During the two years with no med, no symptoms, i forgot about my gut, ate lots of SNACKS, lots of CHOCOLATE. drank black COFFEE every morning to get my bowel going.

TRIGGER POINT:
I think what triggered my flare this time round was my trip to Japan, slightly stressful hanging out with my husband’s friends, eating lots of raw fish and rice, loading up on junk every night in the hotel. Right after this I had my period (female hormones??) and same month planning to try for a baby. The few months leading up to my baby trying, we were doing things to GIRL SWAY. The girl sway diet involves acidic food, yoghurt, nightshades, coffee, also Vitamin C and baby Aspirin thats supposed to make your body more acidic to have a baby girl.

Spend time with her dog, and traveling the world with her husband!!(sounds pretty awesome right!!)

4 thoughts on “Mild Flare Came and Left, got PREGNANT, what is this?”

previousStruggling To Get To the Surface
nextPlease Don’t Let There be a Line at the Ladies Room!