Me and My GI Tract Are Fighting! 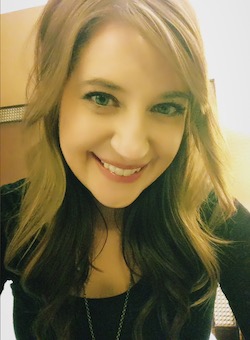 Hi, my name is Leah! I’m 34, living in the great city of Chicago. I was diagnosed with Ulcerative Colitis in February of this year.

I’m a Flight Attendant based out of O’Hare. I love to travel and see new places and unfortunately it has become increasingly more difficult to enjoy with this new diagnosis!

It took some time to finally get an answer to what I was experiencing. I initially just went to my primary physician and she requested a stool sample in which they initially found mold, this seemed to throw everyone off track and I went through months of different doctors, specialists and a lot of pain. I had done some research and based off of my symptoms, I had come across information on UC but no one seemed to want to listen to me. The pain was progressively getting worse, I was starting to have to call off my trips for work because I couldn’t function throughout the day, I was spending far too much time hunched over on the toilet in tears and in such pain it would make me throw up. So, I finally checked myself into the ER and begged for a CT scan, in which they were very reluctant to give me. The scan showed fairly severe inflammation in my large intestine. Shocking! My primary physician had them admit me into the hospital and so bega n a 4 day stretch. In that time, a gastro came to see me and ordered a colonoscopy and endoscopy for the next day. I had my procedures done and by the time I woke up, I had every nurse and orderly tell me I had Ulcerative Colitis. A term that was both foreign, yet familiar thanks to my research and WebMD. Super, now that we know what it is…now what?

Well, I feel like I’m still trying to figure that out. I was released from the hospital a day later with prescriptions to 3g of sulfasalazine and 40mg of prednisone. I was told the steroid would make me feel so much better and I have to say that almost immediately after being released, I felt somewhat normal! I was even having solid bowel movements with no pain which truly felt like a victory!!! I still had food anxiety as I was scared of the repercussions, so I ate a pretty bland diet. About a month later, I had tapered my way down to 20mg of prednisone but the symptoms were creeping their way back. Diarrhea first, then came that tell tale dull pain which continued to get worse. So, my gastro bumped me back up to 40mg of prednisone again but this time, no change. He then went to 50mg and still nothing. I started to feel like this was as good as it was going to get and when I asked him, he said absolutely not, no one should settle for this to be a normal feeling. He really didn’t want me to be on that high of a dosage of prednisone for long so it was time to start discussing an alternative. He mentioned the medication called Imuran. I went home, looked it up and based off of the stories I read of people’s side effects, I was immediately scared off. I expressed my concerns, so he said we would try to bump up my intake of sulfasalazine along with the prednisone and see if there was any change. 3 weeks later, I was still experiencing my usual 10-15 times on the toilet throughout the night and early morning, each accompanied with pain. At my next visit, he thought maybe I was just experiencing more of IBS symptoms, so he wanted to do a flexiscope to make sure before finally putting me on Imuran. We had tried to hold off this long and by now, it had been 4 months since my diagnosis with very little relief. The scope showed that I was still having a severe flare of ulcerative colitis and the we got the blood work started to put me on Imuran. So, that&# 039;s where I’m at today, only 2 days in to the new meds and feeling nervous. Anyone have any advice?

Leah lives in Chicago, she’s in her early thirties and was diagnosed with ulcerative colitis in February of 2015

5 thoughts on “Me and My GI Tract Are Fighting!”