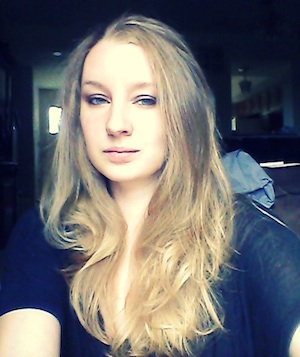 Hey, I’m 28 years old and was just diagnosed with colitis, I’m looking for some support

I was recently diagnosed with Ulcerative Pancolitis (07-29-13) via colonoscopy + CT Scan resulting from ER visit. I have had stomach issues for around 5 years, but never considered UC as the culprit.

What sent me to the ER was abnormally large amounts of blood and cramping. That is still present.

I have never been one to ask people to feel sorry for me. I don’t think I am a special snowflake. I don’t like attention. I was recently diagnosed with Ulcerative Pancolitis last week, and my world has pretty much been turned upside down. I guess I just need some support and some reassurance that my life is not over from people who have been there… Family and friends are showering pity down on me, and that hurts.

I have been dealing with stomach issues for about 4-5 years. I started getting them right after I went on Paroxetine for anxiety. Not saying the instances are related, just noting it. I thought I had IBS and some stubborn hemorrhoids from the twin pregnancy. There were times when I felt like I was trapped inside my house because of a constant urge to use the bathroom. I considered hooking a camper to my vehicle so I would always have a bathroom near. A lot of people thought I was pretty much making the whole thing up, even Doctors who said there was nothing wrong with me, and family who joked I had a case of “in-lawtitis” whenever I had to skip out on seeing them. I got used to dealing with it, I cut out red meat, coffee, and mushrooms (these all seemed to make it worse). Alcohol made it worse too, but I have always been stubborn about giving that up. Maybe I am an alcoholic.

The last 9 months though, I have had pretty mild symptoms (only some discomfort and bathroom needs in the mornings) and was able to go out without worrying or having panic attacks about restrooms! I felt reborn and so happy! Well, last week, things took a turn for the worse. I had some chili for dinner and about 6 beers…I woke up with HORRIBLE cramping and way more blood than I was used to. This lasted 2 days before I became concerned about the blood loss. The Doctors ran some tests, CT Scan, Colonoscopy, some other things for 4 days, and confirmed that I do indeed have UC. A pretty severe case to have them tell it…my whole lower part is inflamed. I have lost 12 lbs in the past week.

They prescribed Prednisone and Asacol. The latter being $764 for a month’s prescription at Wal-Mart, and me without health insurance. I bought it today on a credit card because I am desperate. I struggled with the Prednisone for a few days (thankfully only $4), thinking I could go the “natural route”, heal myself without being dependent on meds. I bought Turmeric, Ginger, Fish Oil, and Peppermint Pills. Well, that lasted a bit before I started vomiting from the cramping pains, reality hit me in the face that for right now, I needed something stronger. I took the steroids…almost immediately my symptoms dissipated and I was back on my feet…until it wears off in the middle of the night. Then I am reminded that my colon is slowly degenerating and imploding on itself. I have been strongly advised to take the steroids for two weeks, 40mg a day. I will add in the Asacol (They gave me Delzicol? Seems to be the same thing?) today and see if it makes any difference.

I have read that flare-ups can last a long time, maybe even years…but remissions can too. This is my first big flare up and I don’t know what to expect. I feel pretty lost right now. I don’t want to burden my loved ones with this. I envisioned a vibrant, healthy life. I wanted to go to my kid’s football games. I know that life isn’t fair though. To be honest, I would rather lose a limb or two, maybe even an eye (I could be the cool pirate mom) than deal with this. Then at least I could still get out there, still be living, not holed up in my house feeling sorry for my self. I feel like I probably caused this with my drinking (never going to touch the stuff again) and lack of stress management. I think maybe I should just bite the bullet and get the whole thing surgically removed and rock a J-Pouch from the get-go?

I am also one of those losers that checks Facebook 14 times a day. Now I can’t really do that. I look at people posting their happy pictures, going to concerts, going out to eat, just being vivacious and enjoying life in general. It makes me insanely jealous and angry. I don’t want to feel like that. That’s not who I want to be. There are people who have it a lot worse than me. There are children who suffer in silence every-day.

What I am really hoping for is some words of wisdom for my young, panicky, anxiety-ridden self. I was elated to find this community. I don’t know what else to do. My garden is dying outside because I really don’t feel like watering it.

Recently diagnosed with Ulcerative Pancolitis (07-29-13) via colonoscopy + CT Scan resulting from ER visit. I have had stomach issues for around 5 years, but never considered Colitis as the culprit.

previousUrgent Question Regarding the SCD Intro Diet – My Diarrhea Is Not Subsiding!
nextNew to Colitis – I Hate Public Bathrooms