It Has To Be “Extra Virgin” (Olive Oil) 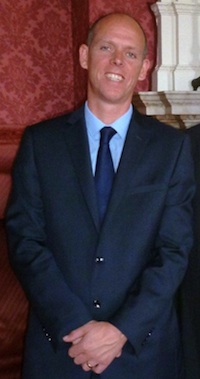 As some of you know I’ve had an amazing 14 clear months using EV Olive oil (3 tablespoons a day) only to suffer a recent flare up.

I came crashing down when I thought my “cure” was no more. I panicked and tried the “big hitters”, Bev’s probiotic, glutamine, diet change and regular exercise. There was some success with this and my symptoms stopped getting any worse but still remained. I was convinced something sinister was causing this flare because things were previously so good for so long. I appeared to have a blockage and even went to my GP requesting an urgent referral.

Another 2 weeks passed with bearable symptoms when I realized that the bottle of oil I use for work 5-6 days a week was not “Extra Virgin” (doh), almost identical bottles but not the purest stuff. I had been using this for about 6 weeks which coincides very timely with my 4 week flare.

I know it was down to the poorer quality olive oil, the blood has now finally gone and everything is back to normal. I will continue with some of the additional measures I tried because there was proof of a further health benefit (though due to my approach), hard to say which.

There is also an important lesson here, I don’t blame my wife for buying/ordering the wrong bottle as I am ultimately responsible for my well being. There is plenty of evidence around to know we should never rely entirely on others (whoever they may be) to maximize our health. Using this great site is a good step to achieving this and helping ourselves.

So for those of you trying olive oil for treating ulcerative colitis, please make sure you use the best quality available and do not miss a dose. For those of you who are not or gave up because it appeared to stop working for me, why not go for it?

I’m from South Eastern England and I’ve been living with ulcerative colitis now for over 10 years.

previousAlcohool is the Best For Me
nextThe Four Types of Pain