I Want to LIVE with UC 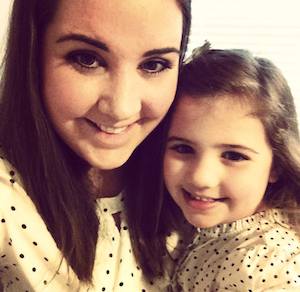 My name is Megan and I suffer from UC. I try very hard not to let that define me. More importantly than being characterized by UC, I am a mom of two wonderful children. I am an Army wife. I am a student. I am a wannabe fitness aficionado (keyword “wannabe”). A lover of professional football. A novice photographer. A fan of a good read. Much to my husbands chagrin, a shoppaholic. A lover of good friends and family.

I am an Army Wife so home is where the Army sends us! I am originally from the metro D.C. area and am currently living in Williamsburg, VA. I am a big fan of the Washington Redskins, which is quite often very sad. I am currently finishing up my Master’s degree and have ambitions of attending law school. I’m a wannabe fitness aficionado, meaning I like the idea of it more than actually doing it. I am working on it! I enjoy reading and socializing!

Symptoms of my Colitis:

My Ulcerative Colitis symptoms have become a constant cycle. I am currently dealing with a flare up which involves bleeding, pain, frequency and urgency. The urgency has become more of an issue than it has ever been in the past. I was able to get the initial flare up under control with prednisone but when I tapered down, the symptoms came back stronger. I am now back on the full amount of prednisone with no relief yet.

I Want to LIVE with UC

Last year, around April/May of 2013 I had a pretty bad flare up while I was on Lialda. This was the first time I suffered a flare up while on maintenance medication. I have an extremely difficult time getting rid of the symptoms. Prednisone was a vary slow process. I also began using Imuran. I was only on it briefly. During that time, things took a turn for the worse. I ended up in the hospital with a c.diff infection as well as some odd form of “pox.” (or a reaction from Imuran, the doctors never really figured that out) I was on Prednisone for about 6 months. Things finally cleared up for about 3 months and now I seem to be restarting the cycle.

Originally, the idea of the medications frightened me. And it still does but, after last year’s flare up took me out of commission I am more willing to give other medications a chance. I have a life to live and a family to take care of. I have not made a diet change and I am interested in learning more about that. My problem, I love bad food! It’s very hard for me to make a drastic lifestyle change but I know I owe it to myself and my family to give it a solid effort. I certainly could use some help, recommendations and encouragement on that end!

I’m the type of person who really tries not to let UC control me. But it has become more and more difficult. I can’t even drive to work without being in panic about whether or not I’ll make it if I have to go to the bathroom. I literally work 10 minutes away from my home. I want to start jogging with my husband but the fear of being away from a bathroom now controls me. I really want to get back on track with a normal life and LIVE my life, not be a slave to the bathroom.

written by Megan B

“Any recommendations for diet changes? As I mentioned, I am a lover of food and when I have my Doctor in the back of my head telling me diet doesn’t make a difference, a diet change becomes even more difficult. Any resources or suggestions to help me with a diet change would be greatly appreciated!”

Thanks so much for sharing, and for making sure UC doesn’t define you as a person/mom/wife and everything else.

My biggest recommendation for getting started with a diet change is being realistic about it.  Don’t even start thinking of food at this point.  Just be realistic.  And, I’ll give you the same advice that was given to me over 5 years ago.

I met a girl who was using the same exact diet that I currently base my eating off of.  She had been diagnosed with UC for a few years longer than me.  I was diagnosed back in October of 2008, so you and I have alot in common with how things started for me.

Anyways, she was medication free and had used almost the exact same medications to try and get her UC into remission like me.  Other than she’d used 6-MP but not Humira like I’d attempted.

Here’s the bottom line.  She told me to give the diet changes a full two months.  If I didn’t see any improvement, then at least I gave it a true college effort.  But, as you probably already figured out, diet changes worked wonders for me that the medications I’d tried up to that point could only dream of and I was happy as hell.

Most people with UC have never gone on a diet before other than to maybe try to lose a few pounds for wedding pictures or prom or whatever…  That’s likely going to be the same deal for the tens of thousands who get diagnosed with UC this year and each year moving forward.

But, for you and me and the rest of us, I just don’t see any reason to not give diet changes a serious try, ESPECIALLY if medications are freaking you out or simply not working(which was the deal for me).

As for your doctor…if he’s got a couple of 24 hour periods to spare, I’d be happy to send him a long list of people who think he needs to get his loop checked.  But that’s a waste of time to worry about that type of thinking.  I’d have had my colon removed 5 years ago had I listened to doctors instead of what my gut feelings were.  And the craziest thing is, my old doctors still didn’t think my success was due to the diet changes???  Weird since I was off mediactions…Whatch Ya Gonna Do?:)

No matter what you do Megan, go with your gut feelings, do your research, and you’ll be back at it soon.

take a moment to read all the Superstar UC Contributor Stories too!  Lots and lots of good ideas for you there!!

If videos are your thing, go to the Colitis Video Page and watch all my videos.  You’ll see that we’re pretty similar in several ways and maybe you’ll be more apt to bust out some diet changes after seeing that its for sure possible to still get it on with food:)

My name is Megan and I suffer from UC. I try very hard not to let that define me. More importantly than being characterized by UC, I am a mom of two wonderful children. I am an Army wife. I am a student. I am a wannabe fitness aficionado (keyword “wannabe”).