I Survived And So Did My Baby 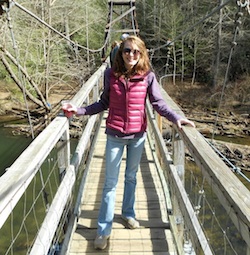 I was diagnosed with Ulcerative Colitis almost three years ago and things have never been the same. I am currently a stay at home wife and mother of two.

I am totally boring and have always been a bit of a homebody. It is even harder to get me out of the house now that I have two kids and UC.

Okay, so I am a little late in writing an update on my current condition but I guess I just wanted to make sure everything went well. Last time I only had one child and had recently suffered a miscarriage. I now have two beautiful and HEALTHY children, thank you Jesus for such a blessing!

My first pregnancy was when I was originally diagnosed with UC and I was extremely sick the whole pregnancy. I didn’t get diagnosed with UC until mid pregnancy and I didn’t begin taking medicine for it until about 5 months into the pregnancy. I took Lialda and Prednisone for the rest of the pregnancy. Five months after giving birth I began receiving Remicade infusions. They helped and I was able to stop taking the Prednisone, but had to continue taking 4 Lialda each morning. About a year into the Remicade treatments I began to have a pretty bad flare up and ended up finding out I was pregnant, accidently. But a few weeks later I ended up miscarrying (I had miscarried once before, prior to being diagnosed with UC). Almost two months later, still battling the flare, I became pregnant again. This time I did not miscarry but had UC problems throughout the pregnancy. I was on 30g of Prednisone the whole pregnancy, and continued to take 4 Lialda each morning, and received Remicade infusions every 7 weeks up until the 3rd trimester. I did not receive the infusions during the last trimester based on concerns from my gastro doctor; he advised that he did not want me to delivery with the Remicade still in my bloodstream. The third trimester was tough and I could tell I needed the infusions but I just did my best to stay close to home because I had ‘control’ issues throughout the whole pregnancy and that only worsen without the Remicade. The good news is I survived and so did my baby I did end up delivery a month early, which was a risk with taking the Prednisone. But other than that I had no side effects and my baby is now 3 months old and still healthy.

I am currently trying to survive without the infusions; I haven’t had one in over 5 months which is SCARY! I am following Bev’s advice that I obtained from this wonderful website and am taking a good probiotic and L-glutamine. I have good days and bad just like everyone else, I know a lot depends on what I eat and how much I eat. Some days I will only go to the restroom once or twice. Other days I go five or six times. Control is still my main issue, which isn’t too fun to talk about but has definitely made me grow closer to my husband!! It’s hard for me now because I have two babies I have to grab and take with me to the restroom if I am out in public. The worst is when I am in my car alone with the kids and I have to go….I am coming up with creative ways to handle the situation when I am stuck in traffic! Please pray that I will NEVER have to get an infusion again and will move in the right direction to continue to keep my UC under control. I will keep you guys posted on my condition and just wanted to write this as an encouragement to any other pregnant women with UC who might be fearful of the effects of all the drugs they have to take.

written by Brittany from Atlanta

I am 29 years old. I live in Atlanta, GA. I have had Ulcerative Colitis for 2 years now!

7 thoughts on “I Survived And So Did My Baby”