I May Have Caused My Own Ulcerative Colitis 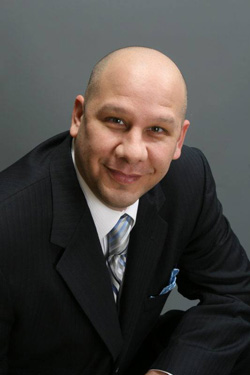 recent picture of the author “JamesD”

49 Y/O male athlete, business owner, Father, Husband, Son, Brother, friend. Age never mattered to me, it is a human created concept, until I was diagnosed with UC, now I feel old and truth is I’m scared.
What’s Interesting about James(in his own words):
Interesting? I am a 3 sport athlete, I skied, played golf, and raced motorcycles competitively. I am originally from New York (Long Island) but now live in Charleston SC. I am a motivational and keynote speaker and sales coach/consultant.

mild stomach pain, frequent bathroom trips, especially in the morning, I will usually need to go 3 or 4 times within the first hour that I wake up. The very first time is usually urgent. MY BM’s are thin, like pencil thin, occasionally with quite a bit of blood and mucus (sorry, but it’s the reality).

James D’s Story – I Might Have Caused My Own UC

I think I may have given myself UC. While competing for a National championship in Motorcycle racing in 2011 I had a bad crash, broke 8 vertebrae, 10 ribs, spent 21 days in the hospital. Upon my release I became dependent on opioid pain killers, almost 1000 in an 8 month period. They are terribly binding and I believe this at least contributed to my subsequent UC. 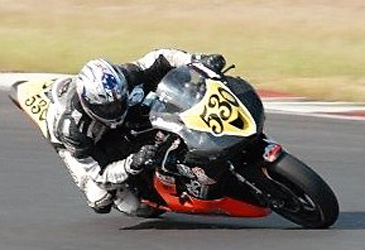 James riding his motorcycle(maybe racing to the closest bathroom..:)

A recent move to a new State had me searching for and finding a new Doctor, he recently suggested I go on Humira and reading reviews I am scared to even try it, I have always been in great health and the thought of giving myself new health problems (TB, Hepititis, MS) trying to manage my UC frightens me.

Truth is, having UC makes me feel old, like my body is betraying me.

I struggle with my diet, but I am currently limiting dairy, and bread/grain. I love nuts but also try and limit them.

I take Lialda 1.2gms 2x day, a probiotic (sorry I don’t recall the brand but it was recommended on this site) and L-Glutamine. I am currently also on Uceris as I am in the middle of (or maybe hopefully near the end of) a flare that has lasted about 2 months. At the worst point I had sat over 60 times in a 3 day period, it was awful!

I have had maybe a dozen colonoscopies, frankly they don’t bother me at all, maybe the prep is the worst part, and the gas in the recovery room.

My wife cares, but she doesn’t really appreciate the food difficulties and makes eating rather difficult. Although I can’t blame her, she’s healthy and I hate that my issues affect how she eats sometimes. I also worry that my kids will suffer from it one day.

In reality I think all the processed food plays a huge roll in UC also.

I tried medical marijuana but did not like how it made me feel (dopey LOL) so I stopped.
written by JamesD
submitted in the colitis venting area

49 Y/O male athlete, business owner, Father, Husband, Son, Brother, friend. Age never mattered to me, it is a human created concept, until I was diagnosed with Ulcerative colitis, now I feel old and truth is I’m scared.

8 thoughts on “I May Have Caused My Own Ulcerative Colitis”