I Did the GAPS Diet to Treat My Crohn’s/UC and IT WORKED! 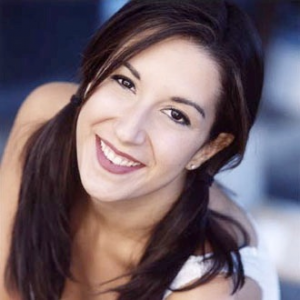 Hi, there! My name is Tara and my claim to fame is being the winner of I HAVE UC’s 2011 Writing Contest! I wrote about my experience of being on the GAPS Diet and shared that it was working for me. At the time I had been on it 11 months and was anticipating my first “cheat” on my 1 year anniversary- pizza! I recently revisited the post and I was pleasantly surprised to see that comments were still coming in from people who wanted to know how the cheat went and if my success had lasted. I’m happy to oblige- you can consider this post, Part 2!

I’m 34 years old and live in sunny California. I’m passionate about health, personal growth and my loved ones. I have a boyfriend I’m crazy about, an adorable Maltese named Roxie and a huge family. I love music, singing, travel and I’m a die hard San Francisco Giants fan. I’m absolutely filled with gratitude for the healing I’ve experienced.

Currently no symptoms. I do still sometimes struggle with fatigue and am watchful to take care of myself. Before I found the GAPS diet I suffered from severe Crohn’s/UC (I was diagnosed with both) and my symptoms were chronic diarrhea, serious bleeding, weight loss, extreme daily pain, etc. At my worst I was in the bathroom 18-20 times a day. I failed every conventional drug including Remicade and was facing surgery right before I found GAPS. You can read more about that portion of my journey in my original post on the site.

I Did the GAPS Diet to Treat My Crohn’s/UC and IT WORKED!

In the fall of 2009 I was in extremely bad shape. I had been in a 3-year flare and could not even leave the house much of the time. It was like a nightmare that never ended. Nothing was working and I had finally relented to a course of Remicade (which I had been terrified of), I was so desperate.

When I also failed the Remicade I was devastated by the reality of my situation: there were no more IBD drugs and the next option was the knife.

During this time I had also been searching exhaustively for alternative treatments. I tried acupuncture, different diets, herbs, supplements, elemental shakes, everything. I knew how damaging the drugs were and I hated taking them, especially since they weren’t even working! I kept thinking that the most logical way to heal my dis-ease had to be through a holistic approach that addressed the root of the problem. Despite my best efforts I kept coming up short.

Until I found the GAPS diet.

I started the diet in February of 2010 and a did a very slow introduction diet and a simultaneous 8-week dairy fast. (6-weeks is actually the recommended time for the dairy fast but I was a little overly-cautious.) Initially, I had a pretty big “die-off” reaction that lasted about 3 weeks or more. I wasn’t sure it was working, but since I had no other options and I believed in the concept, I stuck with it.

I’m SO thankful I did! After 7 months, I was symptom-free, and in 10 months I was completely off my medication and I’ve never been back on it since.

My protocol included lots of probiotic rich foods like homemade sauerkraut and homemade raw milk kefir (this one made all the difference!) I ate healthy fats, lots of broth, and clean animal protein to rebuild my body. I juiced daily to cleanse my body of toxins. I also did many detox baths as recommended in the GAPS Book to further aid the healing process.

Since this was my last chance for healing, I was absolutely committed to making it work so I decided I would not let any non-GAPS food pass my lips for at least one year. On my one-year anniversary I was feeling amazing and people would comment that I looked like I was glowing. It was time to test the waters… and I wanted pizza!

How did my “Pizza Cheat” go?

I really didn’t know what to expect with the pizza cheat. I was feeling very healthy and strong but still- pizza was a very “illegal” food. I hadn’t had a stomach ache in months. What if I ended up in pain and in the bathroom that night? I knew I would be pretty upset.

My boyfriend and I made a special trip to my absolute favorite pizza place, Zachary’s Pizza in Oakland. The place is famous. Seriously, it’s phenomenal.

We ordered our pizza and I figured I’d really put this whole thing to the test- so I ordered a soda, too!

From the first bite I was in FOOD BLISS!!! In fact, we captured the whole experience on video which you can check out here:

I felt fine throughout the meal and enjoyed some of the soda, too. No tummy rumbling, no pain. The only thing that was different was that I felt a type of “fullness” that I hadn’t felt in a long time. You know when you eat a big meal and your stomach just feels kind of fat? It was like that but it wasn’t really uncomfortable. I did feel a bit sluggish. I got a little sleepy, too. This is likely due to the glueteomorphins, an opioid peptide that is formed during the digestion of gluten.


I had no stomach ache that night and the next day my digestion was fine. I hadn’t skipped a beat.

After my pizza cheat, I went right back on the GAPS diet. My pizza experience was fun and extremely encouraging but I had originally wanted to do the diet for a year and a half to two years. What my experiment told me was that I was truly healing on the inside. Over the next few months I wasn’t as strict as I was in the past and allowed myself to eat somewhat normally on social occasions, family gatherings or on dinners out.

I always did well on these occasions.

Eventually, my body really began to crave more complex carbs so at that point I introduced gluten-free grains and continued to do well. The GAPS Diet is meant to be a temporary healing protocol and it is encouraged that once healing is achieved, that safe grains are reintroduced.

These days, I eat primarily whole foods and my diet changes according to my mood, the season and my own intuition about what it is that my body truly wants. I limit wheat flour and mostly stick to gluten-free grains but if I do eat wheat here and there, I don’t have adverse reactions. I seem to feel best with a Weston A. Price dietary approach and still include probiotic-rich foods in my diet on a regular basis.

I can eat “normally” and some junk food here and there and be okay but if I overindulge for consecutive days I can tell that my body becomes unhappy and imbalanced. I consider myself in “durable remission” meaning that I don’t really have Crohn’s or UC anymore but if I don’t take proper care of myself, I know that I will be vulnerable to digestive woes because I have an inherent weakness there.

I liken it to having an injury. If I’ve healed from a bad knee injury and then go on to live a normal life, it’s probably business as usual. But if I start an exercise regimen that has me jump roping on a daily basis and pounding that knee, well, it’s obvious that that’s not going to work out very well in the long run because that knee will always be weak.

The bottom line is that the GAPS diet works. It’s true that it may not work for everyone but in my experience the GAPS/SCD dietary approach has a very strong track record for success in IBDers. It’s completely worth the try. I truly believe if you give it a fair shake and do the protocol as it’s written, you stand a substantial chance for success.

I know that many are intimidated by the GAPS diet. Understandably, so- I was really intimidated and scared about it, too. I couldn’t imagine what it would be like to go without grains. The key is that you don’t have to do it overnight. Take your time and take baby steps toward the goal. If you’re eating a Standard American Diet, the GAPS diet is probably too big of a jump for you. You might want to work on cleaning up your diet first, then maybe getting gluten-free next, and so forth from there.

Also, it really helps to be in connection with others who are also changing their diet and lifestyle. Find a buddy or a group of buddies online so you can support one another through the process. It will greatly increase your chances of success.

Stay encouraged and keep the faith! If you want to learn more about what I’m doing, feel free to visit my webpage at: www.CrohnsBabe.com

I was diagnosed with Crohn’s/UC in May of 2004. After several years I ended up failing all conventional drugs and treatments (including TPN and Remicade) and was facing surgery in 2009. Thank God I found the GAPS Diet! It saved my life and restored me to health. I’ve been living in durable remission since 2010 and am medication-free.

19 thoughts on “I Did the GAPS Diet to Treat My Crohn’s/UC and IT WORKED!”