Hope this Helps Someone – Nopelea Juice 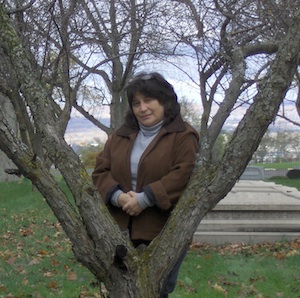 I am 56 years old..I have had documented UC since I was 9 years old… I work in the Accounting Dept of a local hospital..love Antiques…Vintage Jewelry….History …& My 2 Granddaughters Not necessarily in that order !

I actually joined this site to share with people who suffer from this disease what has worked for me…I sell Antique Costume Jewelry….in addition to a full time Accounting position at a local hospital.

My current symptoms are not the usual flare…They are severe and stem from the huge amount of scar tissue and narrowing of the colon…I feel weak and experience the usual malaise and am paler than a vampire ! When I have a bowel movement I believe it does something to my vagal nerve …the longest nerve in the body that controls all autonomic functions…breathing for one ! I can tell when its time to seek out a bathroom…I become weak and dizzy and need to fight to stay conscious ..it is so scary …After the bowel movement about 15 minutes or so things go back to normal…took me a while to figure this whole scenario out ! Hope it helps someone who is also frightened by this experience ..

Hope this Helps Someone

I am 56 years old..I have had documented UC since I was 9 years old… My parents were in a custody battle at the time…Interestingly enough prior to my father winning the custody battle I lived with a cousin (related only through marriage no blood relation) We lived in the country where we consumed well water ..not very clean…an old farm…Oddly enough he came down with UC when he was in his early teens…he is 10 years older than myself…but again no blood relation…This I believe supports the exposure to bacteria story..since we were not related..could be a coincidence but I believe in life there are no coincidences…In my 30’s I almost died twice…I had 2 abdominal wall abscesses and became septic…The last colonoscopy I had my doctor just shook his head and advised that he had never seen so much scar tissue….when I was a child I was on Azulfadine… Asocol in my 30’s…when I started researching natural alternatives.. .I have been in somewhat of a remission since my 30’s …My issues stem from a huge amount of scar tissue as well as an occasional flair….My Father was awarded custody of me when I was 10 years old…He literally saved my life…Does anyone else experience the valgus nerve issue and the bizarre symptoms it causes…? Does anyone also believe that taking immune suppressing drugs simply treats the symptoms of the disease and leaves you open to the very cancer they say we are more at risk for ? I treated the inflammation with the Nopelea juice and other natural alternatives…Is anyone aware that people with this disease have a gene (P53) that is present and places you at risk for other inflammatory diseases like coliangocarcinoma which my dear father passed from…and I believe the drugs add to the liver issues UC users develop..but that’s just me…

I take no medications and am certainly NOT suggesting you stop yours ! However you have got to try that Nopelea juice..it has changed my life…I consume one 32 ounce bottle a week..about 6-8 ounces a day..after 2 weeks on this juice I was feeling so much better I thought it was a miracle…ginger helps…flax oil…yogurt and a shot of wheat grass now and then…I basically joined this site to share the information about the juice…it is like a miracle cure for me anyways and worth trying but try it for a month it is pricey but unfortunately it works…. instead of immune suppressing liver destroying drugs….

I am 56 years old..I have had documented UC since I was 9 years old… I work in the Accounting Dept of a local hospital..love Antiques…Vintage Jewelry….History …& My 2 Granddaughters Not necessarily in that order !

3 thoughts on “Hope this Helps Someone – Nopelea Juice”

previousShouldn’t I Feel Happy After Surgery?
nextI’m Here – To Meet You All