Holy crap…I have what? 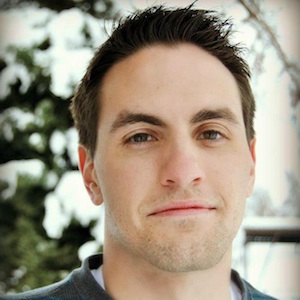 I’m about to turn 22 in a week and I was diagnosed with ulcerative colitis about 2 days ago. I’m originally from Philadelphia but now live in Utah while going to school at BYU.

I used to love to play sports, lift weights and workout. All I did growing up and throughout high school was sports, from football, to baseball to lacrosse. It was a huge part of my life but symptoms have gotten so bad that I haven’t been able to do any of that in months! I’m looking forward to do them again soon. I also like to play guitar in any spare time. Other than that I’m pretty much a nerd and now focus all my attention to getting good grades in college and trying to get into medical school.

I pretty much have all the standard tell tale signs of UC I guess. Like over 10 lose bowel movements a day. Some with blood which was what really worried me. I’m always pretty tired and sometimes nauseous after eating. Sometimes, like at least a couple times a week, I get these terrible cramps where I just can’t even stand up and I have to just lay on my side and curl up in a ball. There’s also the constant feeling like I might have to run to the bathroom just to make it in time, so I’m always nervous wherever I am if I can find a bathroom.

Holy crap…I have what?

All my symptoms started gradually a few years ago when I was living in Ecuador serving as a missionary for the LDS church. Naturally I thought it was just a parasite since I was in a third world country. I was told to take medication that would kill any living stuff in my intestines which didn’t help. I figured when I got back to America it would eventually just get better whatever it was.

Well it has been almost a year since being back and I still wasn’t better. So I went to the doctor and they had to get my colonoscopy 2 days ago and here I am now. When the doctor explained to me what it was all I could think was “holy crap.” I’ve never had any health issues in my life before.

I’m not going to lie, my first reaction was relief to finally know what the heck was going on, but once it actually set in I got really sad. Kind of like a feeling of hopelessness. I went to buy the first dose of medication and they told me it was almost 200 dollars for a months worth and that was like a dagger in me. I mean, I’m a college student who works part time to maintain myself and am cutting it close as it is. Also, just from some of my classes I remember learning about corticosteroids and their effects on the body. So the fact that I was about to take this drug really freaked me out.

So I called my parents and filled them in on the situation. We talked and had a good conversation and a nice little cry together. But it wasn’t the end of the world. Sure this isn’t a good thing and it’s going to be hard to deal with, but that doesn’t mean I can’t have a full happy life and accomplish all the things that I want to.

Well, after looking stuff up on Google and Youtube I found information about the book Breaking the Vicious Cycle and the Specific Carbohydrate Diet and finally this site. I was seriously skeptical thinking this guy was just out to make money but started reading and found it was a great help to me. I also found that Adam’s video made me laugh when he was talking about wanting to drop bombs again like when he was a kid. That’s exactly how I feel!! Anyway, it really lifted my attitude and I want to get off this medication as soon as possible and start doing the specific carbohydrate diet. So let’s start treating this thing!

I’ve only been on them for 2 days and don’t really feel different yet, although my doctor was emphatic that after at least 3 or 4 days I’d feel great. So we’ll see.

I’m about to turn 22 in a week and I was diagnosed with ulcerative colitis about 2 days ago. I’m originally from Philadelphia but now live in Utah while going to school at BYU.

previousPossible Ulcerative Colitis, But Not Convinced Yet
nextI am Jamming Bottles of Liquid Up My B Every Night