Flare Up Indicators All Normal. Why? 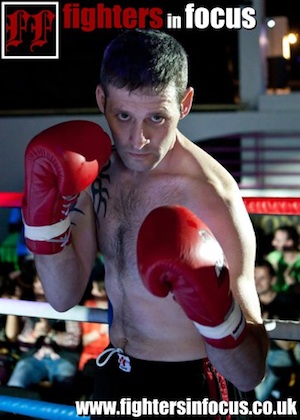 here’s a picture of me

Hi everyone! I’m 39 years old living in Chippenham (UK) and have UC Proctitis. I was diagnosed with this at the start of this year (2013). I have three kids one 8yr old boy and two girls, 7yr old and a 5yr old and a loving, supportive wife.

My main hobbies and interests are Kickboxing & Boxing and all the fitness that goes with it. I have had a few amateur fights in both disciplines. All of the family do this sport even my girls as I want them not to be pushed about but to have control. I am thinking of changing my fight name to ‘Tone Bowel Baker’ as it’s a bit like ‘Rocky Balboa’ lol!

At the moment I have bad gut pain. Sometimes bloating. Not wanting to eat. Go to the loo about 10 times or more a day, soft poo and not much of it and then sometimes constipation. No sleep some nights. Mood swings. Bad fatigue.

Flare Up Indicators All Normal. Why?

A few months of having very soft poo and seeing blood and white mucus in it I thought I had piles again. So reading up on this I left it to see if my body would mend its self. It never did so I went to the Docs and he took bloods and felt my stomach and then the gloves came out. That’s right “Get on the bed lie on your left in the fetus position” then a finger went in (didn’t even buy me a drink!). Ok I didn’t have piles but he was not sure what it was so sent me to see a gastroenterologist. A few months later I went for my appointment where I had to again get on the bed lie on my left in the fetus position. The Consultant explained what was going to happen and I could watch it on the monitor. Not the best experience in my life and I am not looking forward to it again if I have to. I went home and but had to go back two weeks later for the results. The Consultant told me I had a form of IBD called Ulcerative Colitis th e one I had was Proctitis. He explained about it and told me it wasn’t one of the bad ones so not to worry to much and to us the suppository given.

I did all of this but now It has got worse for me I am in pain from my gut and have constant fatigue. So went to see my Doc and he has given me some more tablets which don’t seem to do anything. The Doc signed me off work, that was back in June (6th) and I am still not back at work as I just don’t have the energy and in constant pain. It’s started to get me down to be honest but I have the support of my wife which is the biggest help. The Doc took blood last time but my flare up indicators were all normal. Does anyone have all the pains etc, but no blood in the poo? I am going back to the Docs on the 31st of July but I think nothing is going to change.

So today I have started the new diet which I down loaded from here. Hope it works! I really want my life back and return to training and get back in to the ring wtih my new name.

9 years old living in Chippenham (UK) and have UC Proctitis. I was diagnosed with this at the start of this year (2013). I have three kids one 8yr old boy and two girls, 7yr old and a 5yr old and a loving, supportive wife.

15 thoughts on “Flare Up Indicators All Normal. Why?”