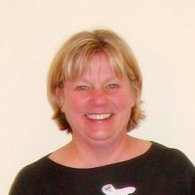 Hello Everyone, I live about an hour north of LA in the high desert. I grew up in coastal North Carolina and lived in Florida and the US Virgin Islands. I got a degree in Clinical Laboratory Science from UNC-Chapel Hill. I worked a few years, then set off with friends for the Caribbean, where I worked and lived for several years. When I returned to the states, I worked in the lab at UCLA, then managed the chemistry section of what is now Quest, then married and settled down to have a family. I had a daughter and son and after they grew a bit, I went into teaching.

I’ve been a very lucky girl if you don’t count health.
My passion in life has been SCUBA diving, (certified 42 years ago), which we did often during the summer in coastal NC, Graveyard of the Atlantic. When I went to the Caribbean I discovered ‘muck’ diving or harbor diving. Many things hidden in the clay become exposed when cruise ships turn around in the harbor. We used an underwater metal detector and long screwdrivers. Diving was great every day that ships weren’t in harbor. I have a legal collection of bottles, pottery and coins from around the world, including 3 Pieces of Eight.

I am (was) a sailor with over 10,000 miles on various sailboats (including one I bought by myself and lived aboard alone, maintained and sold for a profit) and had a captain’s license for small vessels.
After I became ill, I got into collecting vintage costume jewelry and set up a web site. After I got UC, I have not been able to operate my site, missed a trip back to the Caribbean after 25 years, and am pretty much house bound, although I get out about once a week, usually to see a doc.

I can do very light gardening, grapes, berries, artichokes, pomegranates, tomatoes and peppers, and flowers. And I like photographing them.

Both of my kids are in college now, one locally and one at UC Santa Barbara. My very active husband and I also have a great dog and a cat. It’s a beautiful life I have and I wish I were able to live it.

I think I must be the most unlucky person in the world, healthwise.
I have fibromyalgia, Hashimoto’s, and fatigue so bad I once had to listen to Barry Manilow on TV because I didn’t have the energy to change the channel. The muscle pain is so bad that no medicine helps. Fibro fog also, STM loss, and of course depression.
Now for the BAD part: I’m intolerant of salicylates, oxylates, and glutamates (MSG) in meds AND food. (Many people are and don’t know it.) Salicylates are in fruits, vegetables, seeds, nuts, and seasonings. The plant produces them to protect itself from molds and disease. (salicylatesenstivity.com) (not my site). Glutamates are also added heavily to most processed foods as flavor enhancers and preservatives.

Salicylates are also in many of the drugs used for UC. Asacol is the worst if you are sensitive to salicylates. I took it for 4 days before I realized it was making me worse. I also had a bad reaction to Imuran. All this in spite of telling the doc when I walked in the door that I was critically allergic to sals.

I was 37, healthy and very active before I married and got pregnant.
When I was six weeks pregnant, I fell ill with fibromyalgia and IBD. While the kids were small, I got my teaching certification and taught 9 years before I finally had to take medical retirement in 2007.

In November of 2011, my husband under cooked a hamburger for me and I got a an E. Coli infection with a Shiga toxin. I can’t even describe the horror it was, with nausea the size of Mount Everest, and all the other goodies. It went away after a few days and I had a few good weeks while the UC was developing its full and terrible potential.

All the meds they gave me made me sicker, except for the steroids, which eased the bloody flow and helped me gain weight. My sister and I were Skyping one day, and when she say how gaunt I was, she got in her car the next day and drove from Texas to SoCal to fatten me up.

So now the doc says Remicade infusions for life or surgery. Based on what I’ve read here, I’m hoping for surgery. Tomorrow I have an appt with a new doc who can hopefully understand salicylate sensitivity. It is called that because it is modulated by a different type of antibody. It may take 3 days of eating the same food to cause a reaction, which can be mistaken for a flare because it is usually an intensification of all other symptoms. With MSG, the reaction can be sooner and even more intense, sort of a ‘get me out of this body’ thing. Almost all processed foods have MSG but hide it under names like yeast extract or modified food starch. With oxylates, you get vulvar pain or pelvic floor pain. I guess men are safe from oxylates, so eat all the celery you want.

I found salicylate lists on the internet, most of the info is from Australian’s Prince Albert Hospital. I have to estimate the milligrams of salicylate I eat each day and keep it low.

Currently, my symptoms are 85% controlled by cannabidiol, which I am using with the SCD diet, hoping to heal my gut, but that isn’t happening yet.

The GI doctor’s treatments made everything worse because of my salicylate senstivity. I finally found a doctor in Santa Monica who treats UC with cannabidiol. Cannabidiol is a tincture made from marijuana which has had the THC bred out of it. It is further removed by an extraction process. So it is a tincture made from marijuana that doesn’t make you high, doesn’t give you the munchies, dry eyes, or dry mouth. The THC is almost all gone leaving the other molecules, mostly cannabidiol. Cannabidiol treats inflammation, anxiety, and UC. I take 5 squirts of cannabidiol in a spoonful of peanut butter twice a day. I also take half a Norco twice a day to solidify things.

That leaves about a dozen things I can eat, so this can’t go on long.

If anyone is interested in cannabidiol, Dr. Frankel’s site is www.greenbridgemed.com and cannabidiol can be purchased at the non-profit www.statewidecollective.org It may be available in other states now, but it is a felony to ship across state lines. Let me stress that it has not cured me, just allowed me to take my time in researching and deciding what to do next.

Dr. Frankel encourages other doctors (and probably Adam) to spend a day with him at his office, don’t think he charges. He also does phone consults. He is an internist and treats many illnesses, not just UC.

Hello Everyone, I live about an hour north of LA in the high desert. I grew up in coastal North Carolina and lived in Florida and the US Virgin Islands. I got a degree in Clinical Laboratory Science from UNC-Chapel Hill. I worked a few years, then set off with friends for the Caribbean, where I worked and lived for several years. When I returned to the states, I worked in the lab at UCLA, then managed the chemistry section of what is now Quest, then married and settled down to have a family. I had a daughter and son and after they grew a bit, I went into teaching.