Delzicol is the “new” Asacol – Are you f***ing kidding me?

I was diagnosed with UC in 1991. I have been in remission since 2000, after a lot of trial and error with my diet. I have found diet plays the biggest role in controlling my UC. I live in Chicago, Illinois, USA.

Delzicol is the “new” Asacol

So, thanks to Adam’s regular emails, I knew my son’s medication, Asacol, was being discontinued. I did not know what the replacement medication would be, but through a call to his GI doctor I learned it was called Delzicol. So, I went the pharmacy this evening and picked up the “new” medication. My son was looking at the huge capsules after I got home and shook one. He heard it rattle, so, being curious, he opened one. Lo and behold, what did we find inside, but a brown caplet that looked identical to Asacol! A little online research, and I discovered that apparently, the manufacturer of Delzicol is Warner Chilcott located in Weiderstadt, Germany and marketed out of Rockaway, New Jersey. Their phone number is 800-521-8813. 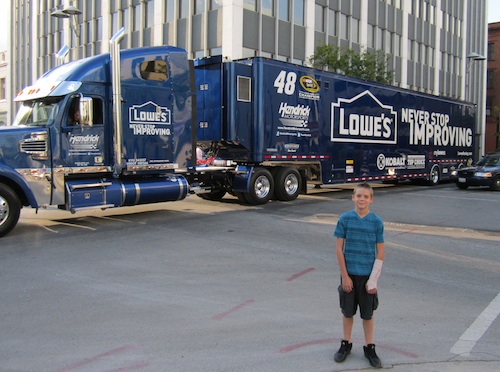 here’s a picture of my son

Upon further research, I learned the patent numbers and manufacture/distribution for Asacol are IDENTICAL to Delzicol! How can they so thinly disguise this? The patent for Asacol is running out, yet it se ems they are still selling it simply under a different name and stuffed in a capsule. I am dumbfounded. Is this not illegal while a generic is in the making? The same medication, produced the same way, then packaged inside a useless capsule, all in the name of corporate greed. I don’t know how this got past the FDA, but this is ridiculous. So, after I get done writing this, I will be taking the capsules apart and giving my son the same brown caplets he has been taking for four years. Has anyone else had a similar experience or done similar research? Does anyone have any idea when generic Asacol will be available? Thankfully, we have good insurance, with only a small co-pay, so using a “name brand” medication is not expensive for us, but I know there are many UCers who are not as fortunate.

submitted in the friends and family section

I was diagnosed with UC in 1991. I have been in remission since 2000, after a lot of trial and error with my diet. I have found diet plays the biggest role in controlling my UC. I live in Chicago, Illinois, USA.

previousAny Female Perspectives on J-Pouch Surgery?
nextWhen You Have to Go Number Two on the Bus