Dealing with UC – How I Do It 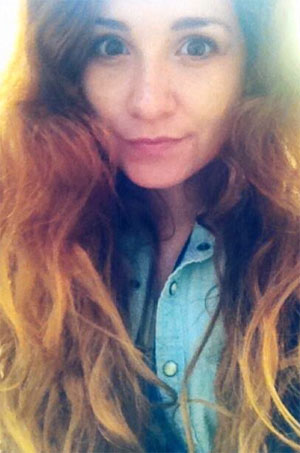 Hi! My name’s Alanna and I’m 20 years old. I’m currently a Nursing major at my local college and hope to work in pediatric oncology. I was diagnosed with UC when I was 14 years old and I’ve been in remission for the past few years! I’m doing my best to improve my diet with all the struggles that come with UC.

I’m from New Jersey but love to travel and have a passport that’s begging to be used! I’m hoping to join the Peace Corp after I get my degree, but realize that’ll be a struggle since I have UC. If all else fails, I plan to do as many missions trips as possible in as many countries as I can!

I’ve been in remission for the past few years with the occasional flare up that usually involves some stomach pain or more frequent bathroom trips. Overall, I’ve been doing okay!

I was diagnosed with UC when I was 14. It was the summer right after my freshman year of high school. I noticed the weight loss first. I dropped over 10 pounds within 2 weeks, which wasn’t like me. I talked to my pediatrician at the time about it and he just blew it off as a hormonal thing, or as something that had to do with my eating habits. Overall, I was told to not worry about it.

A few months after that I noticed the bloody stool. I tried to blow that off as something to do with a virus or some other minor illness that would eventually go away. Keep in mind I was 14 at the time so I didn’t really know any better. A few weeks after that came the intense stomach pain. I remember laying in the fetal position and crying all night long on the bathroom floor, because there wasn’t any point to laying in my bed when I’d be getting up every 15 minutes anyway. At the point I went and saw the doctor again. I worked at an animal shelter at the time so my doctor told me it could be a virus that I’d caught from one of the animals there. I was given some medicine and told to come back in two weeks.

During that time, I went on the vacation from hell to sunny (and humid) Florida. This was when my worst point started. The medicine to help my “virus” made things so much worse. I fainted quite a few times on that trip and I couldn’t keep anything down other then Gatorade and pretzel sticks. When I went back to the doctor’s at the end of that two weeks, I had dropped from 115 lbs to 93. My doctor finally referred me to a specialist at Children’s Hospital that handled gastrointestinal problems.

I was subjected to more tests and scans for weeks with still no diagnoses. It was during this time that I noticed my hair began falling out, as well. After realizing what a terrible state my health was in, I was admitted into the hospital. At this point it was towards the end of the summer. Because of how long I was admitted, the doctor’s weren’t sure if I’d be able to start off my school year when everyone else did. After having an endoscopy I was told,

Well, we think it’s IBD. We can’t be sure if it’s Crohn’s or UC, but we’re pretty sure it’s one of them.

After that came the medications. I went from steroids, to Asacol, to more steroids, all while being forced to drink these disgusting nutrition shakes to try and help me gain weight. Nothing was helping. There was talks of IV medication and having to insert a tube down my throat and all kinds of crazy procedures. Eventually I was put on Azathioprine (better known as Imuran). At that point there wasn’t a lot known about the medication, but I finally started to see some improvement.

I was released from the hospital (in time for school) and tried to adjust to being a teenager with this crazy diagnosis. Down the road, I was officially diagnosed with Ulcerative Colitis. Even though I didn’t have any ulcers when they did my endoscopy, they said that because my inflammation affected so many different organs, UC was the likely culprit. I’ve been in remission for about 4 years now with the occasional flare up due to a passing sickness or cheating and eating foods I know my body can’t handle. I haven’t had any negative side effects to the Imuran, but I’m part of several research studies to keep a close eye on how it effects me (and may effect others), as well as studies to help us gain further knowledge about the disease itself.

At this point in my life I’m trying to eat healthier, which is proving difficult with the limitations on the food I can eat. Does anyone have any tips for eating healthy while dealing with UC?

Imuran seems to be the only medication that has worked for me. I also take different types of vitamins daily to help with the other side effects of the disease. Currently I’m taking a multi-vitamin, Vitamin D, Calcium, Biotin, and fish oil supplements.

Hi! I’m 20 years old. I was diagnosed with ulcerative colitis when I was 14 years old and I’ve been in remission for the past few years! I’m doing my best to improve my diet with all the struggles that come with UC.

previousYoung and Fit with UC, I Overcame Colitis and You Will Too
nextNatural Helpers