Dazed and Confused about my UC

23 years old and just got diagnosed this past December, after about a year or so of symptoms and not know what was up with my body!

I’m Canadian and a little nail-polish obsessed. I’m also a total crazy cat lady and so not ashamed of it.

Bright red blood at times, little to no mucus. I’m thankful that I don’t get the sudden urges most talk about, and go to the bathroom 1-3 times a day, but not normally… things are definitely not coming up roses. And I always have the sense that even after I go, there’s more.

Dazed and Confused about my UC

So, in October 2012 I noticed some blood when going to the washroom. Thought nothing of it until it didn’t stop. Went to a gastro specialist who just spoke with me and said it was nothing to worry about (sure!) and dismissed me. Finally went for a colonoscopy after noticing tons of recurring mucus and blood and having trouble going to the bathroom. The doctor who did my colonoscopy said that I might (might?!) have UC, but wasn’t sure and to go see a specialist, which I did a few months ago. He said I have mild UC based on my colonoscopy report and I’ve been on Salofalk ever since. Is anyone else on Salofalk? I’m kind of discouraged because I haven’t notice much change in the two months I’ve been on it, and though there’s rarely any mucus I still see the occasional bit of blood… and that totally worries me.

I want to change my diet as I think it’ll really help, I’m just so scared!

Is it stupid to say that I don’t want to give up all the foods I love (really, I don’t think I can live without bread)? I know I have to make a change, but I’m terrified I can’t keep up and I don’t even know where to start. One person says up your grains, another says no grains; one says this, another says that. I don’t know what’s right and what’s wrong anymore and I feel it’s keeping me from starting and sticking to a new diet. Where did you guys start? Any advice?

On that same note, many of you say you react to food and to be aware of what triggers a flare up, but I truly can’t differentiate when a certain food effects me or not. Is that normal? I feel no difference on a day to day basis. I’ve cut coffee and tea for two weeks, no difference. If I eat eggs one week and not the next, no difference. Do you guys really notice a huge, immediate difference when eating certain foods or not?

Are any of you gluten-free? I’ve heard that helps but, if any of you are, how difficult is it? I feel like gluten is hidden in just about everything. Has it helped you?

Also, is it normal that I’ve basically been in a flare-up since this whole thing started, back in October 2012? That’s over a year! Is that kind of crazy?

More than anything, though, I’m just scared the my UC is going to get worse, as it currently doesn’t seem to be getting better. I’m fortunate to have a mild case and hope that I can find some way to go into remission!

written by Natacha M
submitted in the colitis venting area 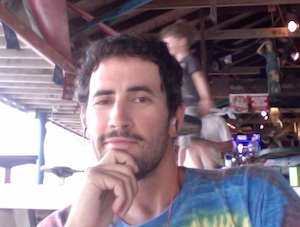 thanks for sharing Natacha!
-Adam Scheuer, founder of iHaveUC

“No questions, just want to say thanks for the site! As someone who has been recently diagnosed, it’s nice to have a resource like this with other people that know just what you’re going through.”

First off, I am pretty sure you are the first “Natacha” to use this site! Love your name and how you spell it(just wanted to throw that in). You’re the first out of the closet nail-polish obsessed UC’er, but surely there’s others here too.

I know you didn’t have any questions for me, but I just can’t help to jump in here and give you some ideas/answers from my point of view with some of the q’s you wrote earlier.

You talked about how you’re super scared to change your diet, and I sure as hell don’t blame you.  I guess I myself wasn’t actually scared to change my diet, but I was more under the impression from my old GI doc that food was going to make no difference.  So, I simply believed what he told me over and over again and ate whatever I wanted.(and of course things continued to deteriorate and symptoms stayed…)

That said, sure, some people are scared to change their diet for a bunch of other reasons.  Lots of what you mentioned actually.  Come on, there’s so much info on the internet about what to do, not to do, eat, not to eat, la dee da right??  Scared, confused, fed up, pissed off, jacked up on steroids…, info overload.  You name it, treating UC is not easy, and conflicting views make it EXTREMELY HARD to make decisons.

Enough of that ramble, you mentioned “triggers”.  Again, this is never going to be the same all the time for everyone, and things even change with individual people over time.  For example, I used to think that coconut water really messed me up and sent me into a flare.  Well, I sure as hell don’t think that anymore as I’ve been drinking lots of it lately and feeling just fine.  And I could go on an on with personal experiences, the laundry list is big.  But lets step back here.  There are foods that I for sure would not eat.  Bread to name a biggie.  Beer to name another.  And there’s another long list.  And what might be on my list, may be on yours, or maybe not.  Much of it is trial and error.  But not all of it.  And if you follow the same principles of diet that I follow, there are basic groups of foods that you might avoid altogether.  (Things like grains whether gluten or not, starches, different dairy products…to name a few.)  I have listed out a bunch of meals that I eat in the cookbook I wrote, and for sure there’s a bunch of stuff I avoid like the plague in there.  Other stuff like high quality protein I eat all the time.  It’s based on the theory that we can manipulate our gut bacteria by limiting what we put in our mouths.  Simple as that.

Enough of that ramble.

Giving up food you love if you change your diet you mentioned.  That’s one that you will probably have to bite the bullet on if you do what I do.  No other way to sugar coat that question.  Is it tuff?  It’s not easy.  But when you see a rock hard crap fly out of you and don’t have to use a half roll of toilet paper to wipe your booty with bloody red stains on it…well, it ain’t so bad afterall.

Natacha, I wish you the very best no matter what you do.  Early days after diagnosis are always a major learning time.   You’re going to get real good at learning about yourself and your body(even more than you already are) and that’s a pretty cool side bonus of UC.

I wish you the best,

23 years old and just got diagnosed this past December, after about a year or so of symptoms and not know what was up with my body!

19 thoughts on “Dazed and Confused about my UC”

previousBreakthrough Regarding Crohn’s Disease – What It May Mean for Colitis
nextScared, New to UC – I May Have It