Currently on 40 mg of Prednisone and New to UC 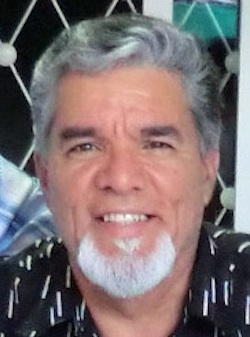 Hi Joe Hay here. Born & raised in NJ but currently live in VA. December 2013 I’ll be 67 and I’m truly blessed to have attained that age, since my father and both grandfathers never lived that long.
I retired in 2011 from a very physically demanding job, that both kept me strong and wore my body parts out at the same time. The past two years of leisure have helped my body heal and now I stay fit with exercise on my terms.

My hometown was Bayonne, NJ, but now I live in a costal town in South East VA. Living near the ocean, bays, and rivers here fits in well with retirement … I like to fish.

Retirement has given me the time to work on all the half finished projects I couldn’t attended to while working full time and raising a family. My major interest is genealogy, and since 1991 I’ve been gathering all the family history I could find to build my family tree. After several years working on my family I gained enough knowledge to help others with researching their families, in a professional capacity. I also freelanced as a researcher for a company based in Canada, researching for families with missing heirs.

As a speech and drama major in college and a singer, I worked many years in musical theater. I still use these talents on occasion, in church holiday productions.

Currently (Oct 2013) I am on 40 mg of Prednisone and as I see many of you have also used this, you know the step down dosage drill … I’ve got about 6 more weeks to go. My UC symptoms right now are mild. There’s almost no bleeding, I have small formed stools, and only about three BM a day (Hallelujah!).

I’ve been reading some of the stories on this website and see so many people getting UC at a young age. I consider it a blessing that I lived over 66 years before it struck me. I have the feeling it was triggered by having a colectomy for diverticulitis. A small section of the colon was removed and the rest was reconnected. After a follow up colonoscopy, where all looked good, I began to have a few irregular BM’s. The GI doc dismissed my concern as nothing to worry about, even when I started seeing blood with the scant stools. In 2012 I changed gastroenterologists and was given another colonoscopy which discovered the UC.

I had just started a part time job in Oct of 2012 and had to quit in Nov as my first flare up increased in intensity. The first month of medication didn’t help a lot, so the second month, steroids were added. That worked and I was back to normal and stayed that way for over 4 months. Now, I didn’t know that this disease was chronic and likely to return anytime.

Come back it did, with a vengeance! I had nothing but bloody diarrhea for months. The worst part was the severe straining urges while passing nothing … kind of like the dry heaves only on the other end of our food tube. This condition caused me to develop a hemorrhoid.
I restarted the Balsalizide capslues & Mesalamine enemas last month and I’m now on Prednisone, and things have gotten much better. I’m now looking at what I can do with a change in diet to control the symptoms rather than killing my old internal organs with all the chemicals.
My wife has been very supportive during the time I was hitting the john 20 times a day, a bit of a challenge having only on bathroom. Keeping enough TP in the house was also a little challenging.

I just saw a Mayo Clinic study that said people with UC also have a higher risk of stroke and heart failure. I already had 4 angioplasties, 2 stents implanted, and 2 bypass surgeries with a total of 8 bypasses, and a minor heart attack in 2011, all before I got UC!

One question, does anyone have a problem not feeling the urge to urinate while they are in a flare state?

I’ve added all those suffering with the various types of Inflammatory Bowel Diseases to my prayer list. God bless us all.

When first diagnosed was put on Balsalizde because my medicare advantage plan with Humana would not pay for any name brands like Asacol or the copay was out of my range. Balzalizide converts to mesalamine in your system. Taking 3 huge capsules three times a day and with that a mesalamine enema every night. My symptoms got only slightly better so the steroid was started, which helps me after only a few doses.
I do believe probiotics have helped me and I’m using Ultimate Flora.

Hi Joe Hay here. Born & raised in NJ but currently live in VA. December 2013 I’ll be 67 and I’m truly blessed to have attained that age, since my father and both grandfathers never lived that long.
I retired in 2011 from a very physically demanding job, that both kept me strong and wore my body parts out at the same time. The past two years of leisure have helped my body heal and now I stay fit with exercise on my terms.

previousAm I the Only One that is Fat from UC?
nextUlcerative Colitis Robs You of Your Life