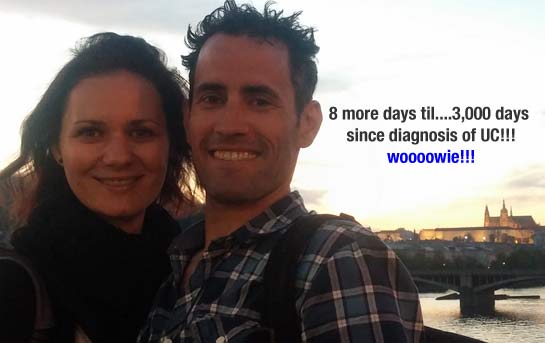 If you are thinking no way i took this picture today…You are right…way the heck too cold in Prague right now for this type of gear…but this was back in September three months back..close enough eh!! -adam

Dear UC’ers and Fellow Followers of the iHaveUC Site,

I was diagnosed with ulcerative colitis 2,992 days ago.

Back then, there was very little talk of fecal microbiota transplants, sometimes referred to now as FMT.

Much has changed, FMT is growing, it has been growing, and every once in a while, it makes it to the headlines of national news portals and TV stations for that matter!  Pretty incredible indeed.

If you are new to FMT, and wondering what the heck it is…don’t worry you’re not alone.

Most newly diagnosed colitis folks, and even some old timers are not really sure what these three letters when put together stand for.

Fecal Microbiota Transplant (FMT) is a procedure in which fecal matter, or stool, is collected from a tested donor, mixed with a saline or other solution, strained, and placed in a patient, by colonoscopy, endoscopy, sigmoidoscopy, or enema.

There are quite a few stories that have been posted to the iHaveUC site about FMT you can check those out here – FMT Stories.
But the purpose of this story is to give a break down of what is happening in the clinical world with regards to FMT “clinical trials” right now.  So below is a listing of just a few of them.  You can search the entire list here whenever you like:
FMT Clinical Trials Details from US National Institute of Health Database 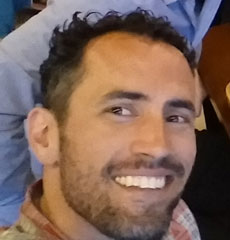 So there is a pretty decent list of some of the FMT related trials that are going on right now.

Thank you to the reader of the site who emailed me requesting some details on what is going on with FMT!  Much appreciated, and I hope this will get some people motivated to do some more research on your own.  Changing the gut bacteria for the better has been a major MAJOR component of my life for nearly 7 years now since I started using the diet that I follow to treat my UC, and heck, we might all be taking poop pills before we know it to do the same.

Enjoy the week ahead, and wishing those of you in the middle of UC symptoms a quick end and return to normal before we start the new year,

previousEveryone has a chance for a Wonderful Life with UC
nextDr. Eric Haas – Surgeon – Houston, Texas