Confused on What to Do 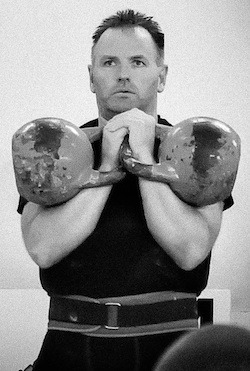 I’m a 44 year old male still in his late twenties that has just been catapulted into old age. Always trying to be young this has beaten me.
I’m on twitter as @rossiteralan – feel free to pass by.

Late teens brought me into competitive cycling which I did for many years. I played school sports, went on to scuba diving, lifeboat volunteer and recently Kettlebell lifting on a competitive level.
Living in Wexford, Ireland I also enjoy photography. I’ve been described as an all or nothing person.

I was diagnosed with non-ulcerative colitis. Hindsight tells me I had this in mild form for about 4 years on and off. Currently I make 10-20 visits a day to the big white phone, always bloody, always mucous. Joints are aching, eyes are gritty, stomach feels like it has a ball of wind in it. I can’t leave home. My doctor tells me that this may be Crohns (as it’s non-ulcerative) as my son was diagnosed with this about 18 months ago too.

My symptoms are worsening but it’s only being diagnosed, so far, to be the lower left side. I can’t get a feel for the cause of this. I can’t spontaneously go anywhere. I’m tired from the high level of blood loss. I’m trying acidophilus capsules 3 times a day, acid suppressants for the stomach, 2400mg Mesavant daily for the inflammation, currently on 6 days of 6 swallowed steroids, 6 x spirulina tablets and Aloe Vera additions to my daily hydration regime.

But it’s not working. I’m lacking in energy rather than tired. I was to compete to qualify for the Irish Kettlebell Team this year to compete in the World Championships…I can’t go to the gym with all this.

I’ve looked for some guidance on diet but I’m getting conflicting reports..

“It’s not caused by your diet”

I was pointed in the direction of a sufferer in the US who had her bowel removed. She went through hell. But she said she felt great when she went on a celiac diet. But my consultant told me that everyone would feel better if they went off all “grasses” as it’s not what our bodies are accustomed to.

I do have a good diet – I stay off processed food as best I can. Fruit & veg are consumed daily and bread and potatoes are kept to a minimum (potatoes can cause me to have severe reflux and bloating but chips (fries) seem OK.

Without receiving a barrage of information is there one or two common methods of non-medical relief that I may venture down the road of? I have an aversion to taking any kind of pill – vitamin or supplement included as I don’t see this as natural. I want this to go.

I can’t say anything has worked yet. I did get some reprieve from the foam steroid with Asacolon but this reprieve lasted about a week before it came back with a vengeance.

I’m a 44 year old male still in his late twenties that has just been catapulted into old age. Always trying to be young this has beaten me.
I’m on twitter as @rossiteralan – feel free to pass by.

2 thoughts on “Confused on What to Do”