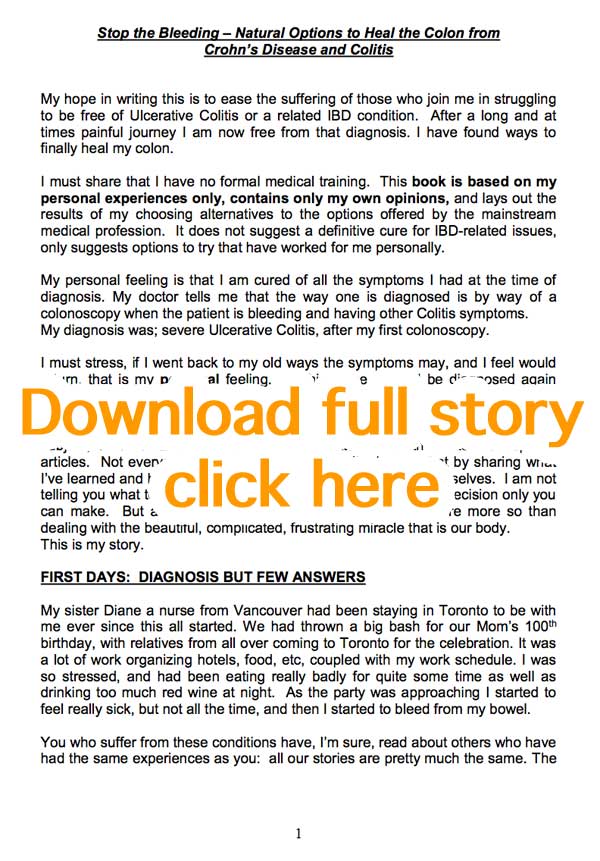 A very big THANK YOU to Cathy for putting this together.

Thank you for sharing this with the ulcerative colitis community and for sending over this PDF file of everything you have so carefully written.  It is very much appreciated!

For everybody who has read her PDF, please feel free to either write a comment below or use the social sharing to share this with other people you know who would benefit from reading this!