Anyone else started UC after a very emotional event? 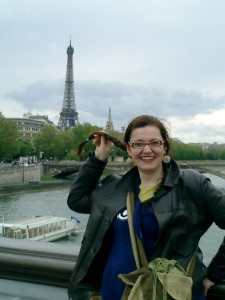 My Story : First signes of UC in November 2007, after a very traumatic event. I had been abandoned by my boyfriend pregnant and I had a miscarriage at the 4th month …I had right away a colonscopy….ah, it was painfull!!! sedation not enough ARGHH! :-(((and no diagnosis possible, because they did not understand what was wrong – prescription: pentacol on both sides, I was fine after a week , in the mean while I start searching for some kind of food conection and the first thing that came up was the intolerance to wheat- Other attack August 2008, same therapy. New attack in January 2009, at this point I go to a homeopathic doctor, the first one to talk about the Kousmine method, and she intervenes on the diet, no wheat, no milk, no cheese, no pasta, no pizza, only rice, millet and corn. I did improve but very slowly and still bleading 6/7 times a day. At this point June 2009 I go back to doctor, have an other colonscopy with biopsies, sedation much better, but does not knock me out. Final Diagnosis: UC. Therapy: pentacol for 8 weeks, both topic and oral. It works right away until 20 December again an other attack. Same therapy as before. I stopped Pentacol on 6th February and on the 26 th February massive attack!! Very painful, going to the bathroom about 15 times. Doubled pentacol, but no results..so on the 18 March the doctor changes prescription; Pentacol and Clipper (steroid beclometasone??) combined oral and topic. It works right away, I really thanked God for Chemistry!! it was such a relief…In the meanwhile still on the diet but not so strick, even if I could tell right away when I did not stitched to it….
I finish steroids in May keep going with Pentacol pills, but at this point I start scratching like a monkey..I see a new homeopath on 3rd June, who again tells me about the Kousmine method. Visit to the Gastroenteroligist on 10th June, he tells me to suspend the oral Pentacol, because it could be the cause of the scratching…and so it is…as soon as I stop the drug, after 5 days I start with blood again..more and more..up to yesterday..the top: 22 runs …I saw the specialist today and he put me again on steroids and pentacol, I have to see him in one month time (So glad I have not to pay for all this! Our national health pays for everything…)

Doctor Catherine Kousmine was Swiss, of Russian origin, born 1904 – she died in 1992, she cured people all her live with her method/diet, even people with multiple Sclerosis. Her pillars are:

*   In the morning eat as a king, at lunch like a prince, at the evening like a poor  fasting
*   Fast
*   Supplements of Vitamins
*   Intestine’s hygiene with regularly: enemas of 1,5 litres at the same time!!!!
*   Regular measurements of urine’s PH

Have a look on Wiki for any further information : http://en.wikipedia.org/wiki/Catherine_Kousmine

Anyone else started UC after a very emotionally event?
My Scottish grandmother has Multiple Sclerosis, an autoimmune disease and my father Chron’s disease..again an other autoimmune disease, has anyone has other autoimmune diseases running in the family?
15 days before starting the symptons I had a very high temperature, 39°, which is quite unsual for me…in more than 30 yrs I only had a temperature twice. Has anyone notice a connection like this one? I have read some theories that UC could be connected to some kind of virus-

eheheh…very boring..but wanted to share my personal experience with UC

Yes, I live in Milan, I was brought up on Lake Como: Scottish mother/Italian father.

All of the posts from “Annonymous UC” are from ulcerative colitis people who anonymously submitted stories or Doctor Reviews, medication, supplement reviews etc… I post all these stories to the site, but they’re different from my own personal stories so hopefully this account makes more sense:) -Adam – founder of iHaveUC.com

1 thought on “Anyone else started UC after a very emotional event?”