Anyone Else a Newbie in Their UC Diagnosis? 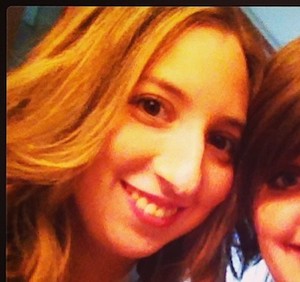 Hi, I’m Erica and I have UC. I’m 23 years old and have been diagnosed for about 7 months. First off, let me offer a forewarning; I am currently on the “prednisone makeover” from my first flare up, so if I either ramble with something along the lines of pointless rage or exaggerated frustration, you all know why! (apologies in advance!). I started to get sick last July, and then steadily got worse until I reached a point where I had to seek more specific care. After a failed trip to the Immediate Care Center, Emergency Room and attempting to make an appointment in the GI department (which was damn near impossible) I felt hopeless and sicker than I’ve ever been in my life, with no end in sight. Then I was introduced to the angel God-send that is my current GI doctor. He got me in right away, scheduled me my first colonoscopy (first time too, and let me tell you, what a pain in the butt [pun intended!]) and diagnosed me a lmost immediately. Instead of feeling initial terror and shock, all I could feel was relief that I finally started to feel better!

Some more about Erica:

Hmm, why does this feel like I’m filling out an online dating profile? -_- Anyway, I’m surprisingly good at parallel parking, I’m a pretty funny gal and I love baseball (watching it, not playing it!) If you want to know anything else, just ask :)

Well, this will be quite the list! A shorter questions would be ‘what symptoms don’t I have?’ There’s the physical symptoms, the bloody stool, frequent and bowel urgency, abdominal pain and then there’s the fatigue, stress, and the feeling of being constantly drained, on every single level. It’s an interesting contribution when you think about how being on Prednisone makes you feel like you can bulldoze an entire house with your fist. And girl, don’t even get me started on the side effects! **Que the “ain’t nobody got time for that” meme**

Is there anyone else out there who’s in the mid 20s and relatively early in their diagnosis? I’ve been searching for a UC buddy to connect with, and have had no such luck. I’ve joined a support group, but I must admit I was hoping (and expecting) to meet more younger people since this is generally diagnosed between the ages of 15 and 30. The individuals in my support group help, but they are mostly Crohn’s patients and much older. Although don’t get me wrong, this can have its perks too; like their ability to offer any insight that has helped them get through the initial adjustment phase of having IBD, what medications/treatments have worked for them, etc. I’m appreciative just to be able to talk to some fellow IBD patients, but it doesn’t really satisfy what I am really looking for. I just want to find someone relatively close to my age who is pretty early in their diagnosis (and someone UC – not Crohn’ s). Is that really so hard? Gah! It feels impossible sometimes.

As an individual living with UC, I try to stay positive as often as I can.

I’ve always wondered why people I’ve read about in blogs who have UC/IBD are at such a high risk for depression. Now, I am finally starting to understand where this comes from. After only getting to enjoy remission for about 2 months, and now going on my 3rd month of a flare up, let’s just say the depression is starting to sink it. I’m cranky, depressed, alcohol-deprived and thus have not gone out socially in ages. I don’t feel like myself anymore, because I’ve been on this stupid prednisone. Sometimes it feels like I will never get off of it! Alas, I must keep telling myself there is a light at the end of this bloody tunnel.

My family has been as supportive as they can be, but none of them have really taken the initiative to understand what it is (except my wonderful mother). I’ve had it for over 6 months, and around my family it almost feels like something that shouldn’t be talked about! That’s the thing about invisible illness; everyone assumes because you look fine on the outside, you’re not really sick. Of course, they know you have it, but they forget because you don’t “look sick”. I cannot begin to tell you how frustrated this makes me. I just want my family to educate themselves, so they can get a better understanding of what I go through and how they can support me (for example, the top 10 things NOT to say to someone with UC). I’m not saying I want sympathy and people to feel sorry for me, but would it be so bad to have my family ask me once in a while “What do you need? How are you doing/coping? Is there anything I can help you with?”

At the moment, my biggest concern is getting back to remission (if I’ll ever get there! No, Erica, don’t go there…stay positive, you will get through this!) My medication hasn’t worked too well thus far, so I will be adding the Humira shot to my daily doses of pills (not including prednisone). I’m hopeful it will speed up this darn “prednisone makeover” crap and elongate my remission. :)

Okay, that’s enough of the negativity. I swear, I actually am a very positive person. Time to count blessings! Well, of people I’ve read about with UC as well as individuals stories from my support group, I quickly realized how lucky I was that A)I found the perfect GI doctor on my first attempt, B) the time from when I first got sick up to my diagnosis was much shorter and apparently less painful than many other stories I’ve heard and C) that for the most part, my medication has helped and I’ve responded fairly well to it.

In generalities though, from a day to day basis, I feel like I am functioning pretty well. I work a full time job, don’t find I need to wake up in the middle of the night due to UC symptoms anymore, and don’t feel any pain (or even remember I have it). That’s just it though, I’m “functioning”. I don’t want to be just “functioning” I want to live a full quality life!

My doctor and I have tried Lialda, but it doesn’t seem to be doing a spectacular or good enough job, since I am now going to be starting the Humira injection in addition to the Lialda. We’re hopeful this will be the kick to t I need to be this colitis and flare up into control again. I have mixed feelings about the new medication, but for the most part I am trying not to over think it because I just want to feel better. I’ve forgotten what that feels like.

29 thoughts on “Anyone Else a Newbie in Their UC Diagnosis?”

previousStuck Inside
nextThe Noodles are Back in my Soup