I am always SCARED that the day will come when I need to turn to antibiotics to fight off some infection or some other strange medical problem.  Maybe you feel the same.  Here’s a story that worked out well.

A few weeks ago, the time came.  I had been dealing with a semi-bleeding nose, perhaps due to living in the desert environment of the Grand Canyon on a rafting trip where it was very dry, and in the following week, I felt my nose getting sore.  VERY SORE.  To barely touch the outside of the left part of my nose was painful.  The type of pain/feelings that reminded me of a definite infection brewing. 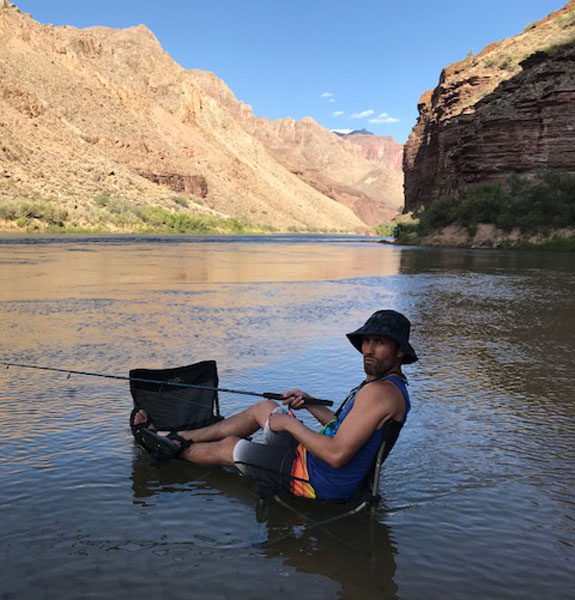 I’m not sure if this was the start of the infection, but the reason for this strange fishing setup is because that Colorado River is REEEEEEL cold(48-50 degrees) and it freezes things quick…And…trout fishing was very good…no pictures to prove of course but did release about 14 rainbows)

And…it didn’t get better, but the opposite, it got more and more painful over the next few days.  To the point where I started taking tablets of ibuprofen to deal with the pain which allowed me to sleep.

I was not a happy camper to say the least.

And then the debate began in my brain…to go to the doctor where I was sure he/she would prescribe antibiotics, or tuff it out and hope that my body would fight this off and all would go away.

So I wanted a few more days until a friend asked if I had been punched in the face.

The whole left side of my nose looked like Rudolf(the reindeer with the red nose), it was sore as hell, and it was starting to spread up my nose inbetween my eyes, and the sinus cavity under my left eye was also inflamed.

After a very quick inspection(with some long flexible rod/tubelike thing with a camera on the end…he told me, “Your right side is fine, but your left side is infected.  I will prescribe antibiotics which will help.”

And that’s when the reality hit hard, and the memories of having C-difficile 2 times previously came back to me.

For those of you lucky enough to never have C-diff, I applaud you BIGTIME!.  It is a nasty little side bacteria that people with ulcerative colitis are prone to more than others from some conversations I’ve had with other gastroenterologists along the way.  I’ve had it a few times, and the sign and symptoms are much like severe ulcerative colitis symptoms.

So, I told the doctor that I really didn’t want to take oral antibiotics, mainly because I have UC and I’ve also had c-difficile twice before, which I believe was semi related to previous antibiotic use.

He understood.  And more than that, he said, “OK, no problem, we can try topical antibiotics first, and see if that works.” If it does great, if not, you will need to come back to me in two days for other more aggressive tablet form antibiotics.

I was a bit skeptical if perhaps I was delaying the inevitable, but had to give it a try.

I was out to the pharmacy to pick up a prescribed tube of cream/gel based topical antibiotics, and he told me to put some on my clean finger and smear some on the outside and inside of my nose on the left side.

Once I got to work an hour later, I started the day in the bathroom where I put this stuff on.

Later on that night, I hadn’t noticed too much difference, but….., the next morning, a CLEAR DIFFERENCE for sure.

The pain had gone down dramatically(that night I didn’t even take the ibuprofen for the first time in maybe 5 days), slept just fine, and was super excited to put some more up the old nose again.

For the past 5 days, I have been applying this stuff in the morning after showering, and for at least two days now, I have zero signs that anything was ever wrong.  I’d say the left side of the nose is as good as new.

And no oral antibiotics needed.  So I’m not worried at all about c-diff returning, and who knows…Maybe this can be a gameplan that might work for you or someone you know when the knee-jerk reaction from your doctor is to prescribe oral antibiotics.

OF course, I’m no doctor as you all know, and this type of situation happened to work out well considering the location of the infection, but again, if it has worked for me, it can certainly work for someone else.

I wish you all the best however you are dealing with and treating your UC or other medical difficulties.  I have been doing still very good with keeping the colon in check, after many years of following a strict diet which I’ve talked about extensively here, I’m eating and drinking just about whatever I want(still staying away from beer and other very sweet drinks), but pretty darn happy.

Have a great rest of June(wow…first half of 2018 is nearly through), and hope the best for all of you,

a few semi related pictures below

(And as today is father’s day, below is a picture with my father getting some french toast on one of the mornings on the river…and if you want to check out a trip, we used Arizona River Runners, which I’d highly recommend..was about 6 days long, a bit more roughing it than some had expected…but was a great family trip.) 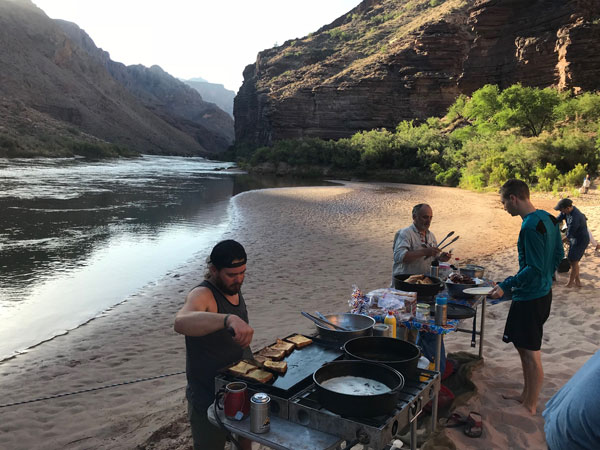 my dad’s the guy in the middle of the other two plating up.. 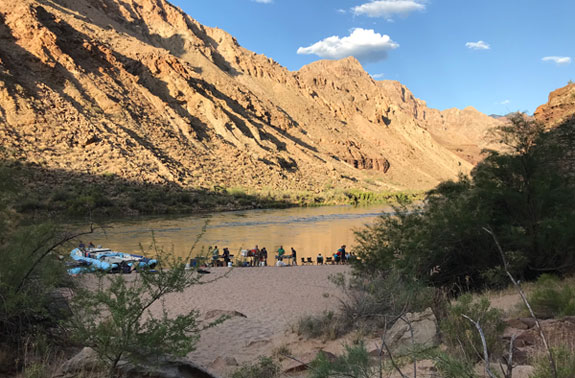 nothing to do with the infection..but where this infection began is a pretty worthy place. 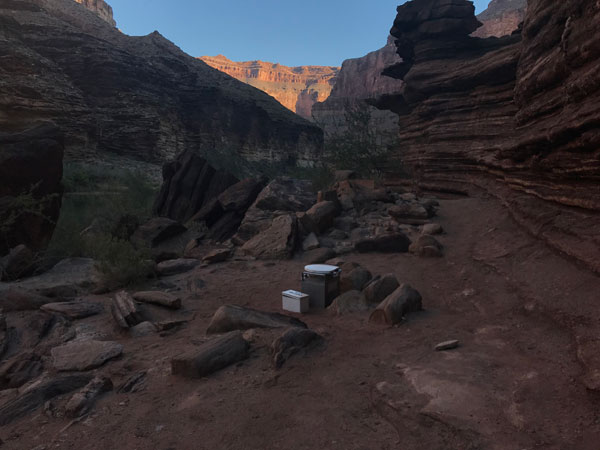 Grand Canyon toilet with a view…hit this several times…this was the ONLY option…and all that was brought on the trip went with us the whole way until we were safely out..