A Food recipe, Diet Suggestions and My Experience with 2 Very Different GI’s 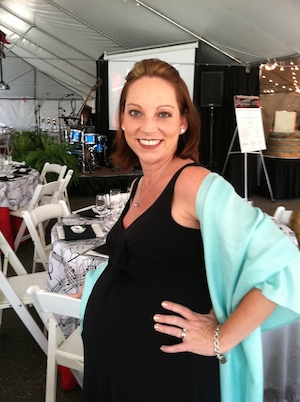 When I was pregnant

I was diagnosed with UC a couple of years ago and have been working through all the information to see what may work and what might not to control the symptoms. I want to share some recent information with the group in hopes that it can help someone else.

We live in California and I have a very active husband and two very active children. As a mother, it breaks my heart when I read these posts where moms, dads, family members are searching for answers for kids with UC. I hope some of this information can help them and you.

Some localized pain near my belly button a little bleeding and mucous but not bad.
Been mildly flaring for 11 months

A Food Recipe, Diet Suggestions and My Experience with 2 Very Different GI’s

I have been seeing the same GI who diagnosed me a couple years ago. He is a nice guy and because he and I work at the same hospital, I am fortunate to be able to text him or email him if I need an answer. The problem with him though is that he, before now, never acknowledged that there was a connection between what we eat and UC. In fact, he even said so after I asked him about the SCD.  So, I have experimented on my own with SCD, gluten free, paleo, all sorts of supplements and tips offered on feb162019ihaveuc.mystagingwebsite.com, combinations of all and so on.  My husband also sees a GI and mentioned to me that his was discussing the importance of non GMO foods in diets. So I decided to get a second opinion from my hubby’s doc and hopefully get a physicians perspective on the correlation between food and UC. I waited an hour for him which was really annoying, but then I realized why I had to wait. He spent an hour talking to me, which was gratifying and reassurin g. He also spends up to an hour with all patients, so I forgave him for the wait because feeling listened to by a physician is so very important and lacking today. What I walked away with was a lot of knowledge and some ideas. He verified that our tummies have a lot of bacteria and not the good kind so we need to combat that with probiotics, fermented foods like kimchi, sauerkraut, apple cider vinegar, etc. I told him I had used VSL#3 after seeing that suggested on the IhaveUC site, but that it was too expensive, so I tried other brands also suggested on IhaveUC. He shared with me the following recipe which he said I should make every morning, flaring or not. I’ll give you the recipe now and then give you my critique.

Probiotic mix: VSL#3 450 billion/d for more severe problems use 900 billion/d powder packet; 4 oz kefir; 4 oz almond milk; 1-2 oz emmentaler cheese or lassi cheese; 4oz pomegranate juice concentrate (check for drug interactions if you use other medications); 2 tablespoons organic raw apple cider vinegar; 2 tablespoons flax seed powder. Mix together and enjoy. So I tried it. I wasn’t sure what to do with the emmeentaler cheese since it is a hard swiss type cheese. I shredded it into the drink the first time, but it just ended up to be a blob of shredded cheese at the bottom of my glass, so now I just bite a hunk of it and eat. I have played with this recipe adding a tablespoon of barley to it, adding in fruit and bananas, ice to make it a smoothie. Most days I am running late so I just mix in a shaker bottle 4 oz of kefir, the VSL#3 and a tablespoons apple cider vinegar. I only initially added in the vinegar because I read some reviews and I know Adam is a fan, but I have gotten used to the taste and the other day when I had it without, I actually missed the flavor. I had never heard of kefir before and since lactose and milk is something I avoid, I was skeptical, but it is 99% lactose free, GMO free, gluten free so I thought it can’t hurt, because nothing else has helped to keep a one year flare at bay so why not. Since I live in California Trader Joe’s are everywhere and I was able to find all the products there, but I have since found them at Albertson’s, smart and final, Vons and more. Plus the kefir comes in tons of yummy flavors. Now I know the SCD diet calls for home made yogurt and I have tried and tried to follow every recipe to make it takes good and I just can’t, so if you are like me and can tolerate Kefir, I would say maybe try it too. So here’s the critique. It was good. was really surprised. The other things the dr. shared was to take caprylic acid or olive leaf extract as directed by the health foo d store. I haven’t done that and I also can’t say what that is or why he recommended it. He also said to avoid sugar, sweets, bread, wheat, rice or rice products, corn or corn products and to drink aloe. Funny thing about the aloe. In November another UCer posted the results of a seminar which I found fascinating and I have incorporated many of the findings. My takeaway after reading that feb162019ihaveuc.mystagingwebsite.com post was, (again for me), to drink aloe and to try barley.  I have done both, but the aloe I chose was straight aloe juice which tasted like chlorine to me. While I was shopping for the ingredients for the docs probiotic drink there was this huge display of Aloe drinks. Now those added in some sweetener and at one time being a diehard scd’er I was worried but I tried it and those things are awesome. My kids love them and my husband has now traded in his Mike’s Hard Lemonade for them. I have now seen them in many stores like Food for Less too in ten different varieties. I doubt they are SCD approved, but I am passing along in case they may help you.

So here’s the irony of this double timing physician story. The 2nd opinion doc who believes in a food/UC/Chron’s relationship and the original doc who didn’t believe in a food connection belong to the same group. They aren’t in the same office and are across town so I felt like if I don’t like the 2nd opinion guy, no harm no foul because the 1st doc will never know. But after I went to see the 2nd opinion doc, I still had an existing appointment with the 1st doc. Because my insurance allows it, I kept it. He began reviewing my electronic records and said, “Wait a minute, these aren’t my notes, did you go see dr. x?” I was caught! I don’t like confronting physicians and it was uncomfortable but I told him openly that he doesn’t believe in a food relationship and how it can heal our guts and I wanted to talk to someone who did. Then all of the sudden his tune changes and he talks about how there is a relationship.

The other day I saw him and I reiterated that he doesn’t believe in food hurting and healing the gut and all of the sudden he has copied handouts of gluten free diets and something called the low FODMAP diet.  I haven’t looked into the latter to see how it works with UC. When I mentioned I take daily probiotics, he said that a recent study states probiotics don’t do anything when we are in a flare, but only when we are well.

What do you think? or know? I think he is wrong but would love to know if someone else has insight.

All in all, I am happy I was able to talk to a professional that believed in a food, gut, UC correlation and get some ideas. They may not work for me, they may not work for you, but I wanted to share in case they can. I also found out that my insurance covers the 450 billion and 900 billion VSL#3. This wasn’t the case 2 years ago. It recently was approved but I only found this out after the doc never called in the rx so I called my rx insurance to check on it. She did a check on many different forms (pills and powders) and dosages. She found out it recently was approved as a covered rx. It went to the pharmacy but the pharmacy said it wasn’t covered. I had to ask the pharmacy to run and rerun the numbers and it took three attempts and two different people to get it right but it was covered. So I now only have to pay $30 for a months worth versus $90 or $160 on amazon or online. Try it too and demand that your diagnosis requires such a probiotic and if your doc can write the insurance company a note, you may also qualify. I hope this helps. I feel good that I challenged a physician, and certainly one that I see regularly. I am happy to know that there are physicians who exist that will listen and will research. I hope you can find one too and while they may not have the answers, sharing them here between us all may help one or many of us.

I was on asacol. It stopped working and it added weight so I switched down to sulfasalazine. After a year on sulfasalazine I broke out in a terribly itchy rash on my legs and arms. I am now on Lialda but only for 6 weeks. I am still mildly flaring but it is much better than it has been the last year. My pharmacy put me on some generic for Lialda now though because they say Lialda is too expensive.


submitted in the colitis venting area

I am a 38-year-old busy full time working mom with two toddlers. I was recently diagnosed with Ulcerative Colitis (about 3 months ago) and learning how to deal with it.

7 thoughts on “A Food recipe, Diet Suggestions and My Experience with 2 Very Different GI’s”